The Boston Red Sox on Friday snapped a seven-game winning streak, falling to the New York Yankees 8-3 at Fenway Park.

Boston drops to 88-66 on the season, while the Yankees are now 87-67. The Red Sox have a one-game lead on the Yankees for an American League Wild Card spot.

ONE BIG TAKEAWAY
This one seemed to be over before it really had started. Nathan Eovaldi lasted just 2 2/3 innings. He scattered seven runs on as many hits, walking two. For the first time since 2019 — when he was used in a closer role following elbow surgery — he had zero strikeouts.

If the Red Sox were to overcome that start, they would have needed to get the bats going much earlier than the fourth inning. Boston ended up getting out-hit 15-7.

It was too little, too late for the Red Sox in this one.

STARS OF THE GAME
— Giancarlo Stanton led the way for the Yankees. Batting cleanup as the designated hitter, Stanton ended the night 3-for-5 with four RBIs, largely courtesy of his third-inning three-run home run.

— Rafael Devers came through for the Red Sox, who were getting shutout into the sixth inning before the third baseman launched a three-run home run.

However, that was the only action Devers had through four at-bats.

— Hirokazu Sawamura entered the game in a tough spot, relieving Eovaldi after his rough night. In the longest outing of his career (2 1/3 innings), Sawamura held New York scoreless, although he allowed an inherited runner to score.

WAGER WATCH
With the total set at nine, DraftKings gave the over +100 odds — meaning a $100 bet won the same amount back. Things were on pace for the over considering the Yankees’ seven-run lead by the third inning, but it did take until the sixth — when the Red Sox offense came alive — to hit.

ON DECK AT NESN
The series continues Saturday at 4:10 p.m., and you can watch it live on NESN. 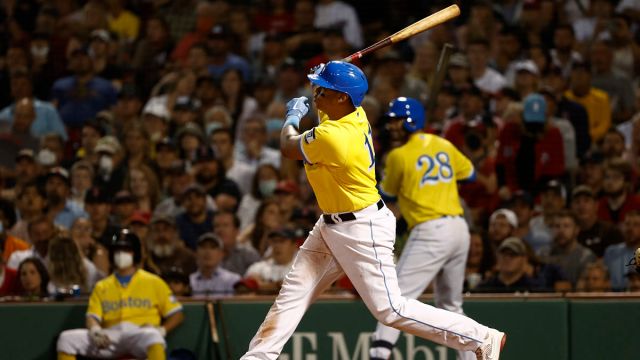 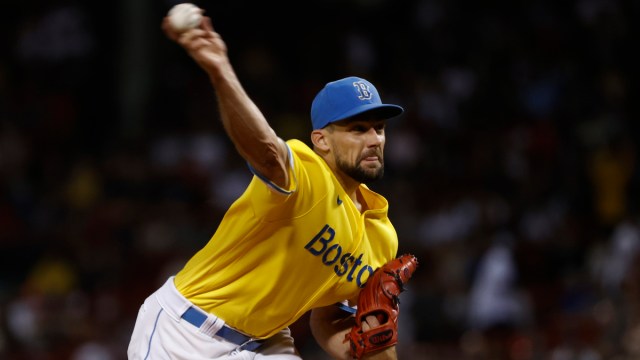