BOSTON — For 33 years, Jerry Remy’s familiar voice has been an integral part of the fabric of New England. His true impact as a broadcaster transcended his job to entertain and inform fans, as his true legacy will be how he brought the region together to become Red Sox Nation. Today, all of Red Sox Nation mourns the passing of Remy after a decades-long battle with cancer.

The iconic broadcaster and Somerset, Mass., native played 10 years in Major League Baseball with the Angels (1975-77) and Red Sox (1978-84). Remy was inducted into the Red Sox Hall of Fame in 2006 and the Massachusetts Broadcasters Association Hall of Fame in 2017, earned the National Sports Media Association’s Massachusetts Sportscaster of the Year in 2004 and 2019, and was a 2019 New Englander of the Year. In January 2020, Remy was awarded the Judge Emil Fuchs Memorial Award for long and meritorious service to baseball by the Boston Baseball Writers Association.

Among Remy’s many legacies was his connection with the Boston fanbase. In September 2007, Remy was elected the first-ever President of Red Sox Nation through a fan vote. He was adored by Red Sox fans across the world, and brought a sense of humor and knowledge of the game to NESN’s broadcast that will leave a lasting impact on Red Sox fans that will span generations.

NESN’s president and CEO of nearly 37 years, Sean McGrail, reflected on Remy’s legacy: “I am heartbroken by the passing of my longtime friend and colleague, Jerry Remy,” he said. “It is difficult to put into words how much Jerry has meant to all of us in Red Sox Nation. His storytelling, humor, and love for the game of baseball were unmatched, and it showed on our broadcast for the 33 years that he was a part of our NESN family. He connected with Boston fans in a way few have ever done. Jerry’s legacy as a phenomenal player, talented broadcaster, and passionate ambassador will live on in the hearts of Red Sox Nation. Our thoughts are with his wife, Phoebe, and the entire Remy family during this very difficult time.”

NESN will honor Remy’s legacy by airing his first-ever televised Red Sox game as a broadcaster in 1988 Sunday and Monday night at 7 p.m. ET, as well as in Thursday’s broadcast of the Bruins game with a feature during the intermission show. Plus, all of NESN’s Bruins broadcasters will wear a No. 2 lapel pin in his memory Thursday night against the Red Wings.

Tom Caron, NESN pre- and post-game host, and member of the NESN team since 1995 said: “It’s hard to put into words what Jerry meant to me, and to all of us who love the Red Sox. He was one of us.  His voice, his outlook, and his style were all uniquely New England, and that authenticity was what made him stand out as a broadcaster. I’ve never met anyone who loved baseball more. That passion for the game, combined with his knowledge and one-of-a-kind sense of humor made him one of the best in the business. It’s hard to imagine a Red Sox season without Jerry. We will all miss him terribly.”

Remy’s broadcast partner of 19 years, Dennis Eckersley said: “Red Sox Nation lost a beloved icon. I lost a longtime friend, teammate and broadcast partner. He will be missed by all. Fenway Park will never be the same again.”

Dave O’Brien, NESN play-by-play announcer since 2016, shared: “Jerry was one of the toughest people you’ll ever meet. He believed in playing the game the right way. He believed in being a great teammate. He dearly loved the Red Sox. And man was he funny. He could have you in tears. Rem was the voice of the Red Sox in every way. We miss him already.”

Mike Narracci, coordinating director for 21 years of the Red Sox broadcast, said: “Jerry and I connected immediately, and I considered it a great privilege to be a part of his inner circle. Throughout my career, I needed to learn the game of baseball and there was no better teacher than The RemDawg, so I stayed close to him: sitting near him on the bus and the plane, having dinner with him almost every night. I absorbed it all, and learned so much. He made me a better director and shaped the broadcast that fans experienced for those years in so many ways. I will miss him greatly.” 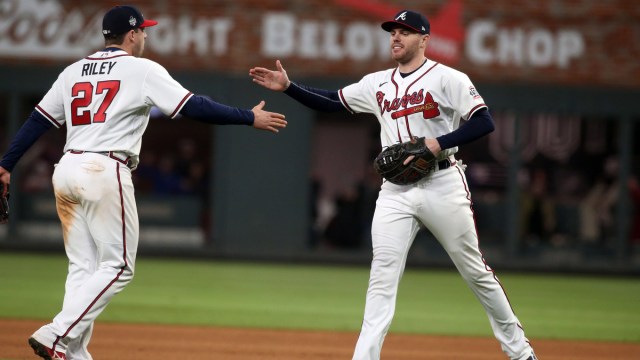 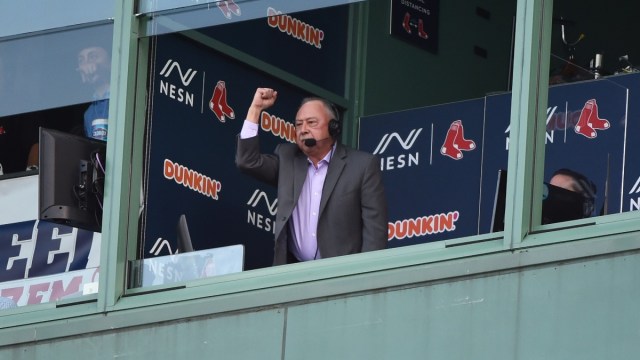