Perhaps the best way to explain what the Boston Red Sox have been able to do to the Houston Astros in the last two games of the American League Championship Series is to call on the great philosopher Mike Tyson.

“Everyone has a plan until they get punched in the mouth,” the champion boxer famously said.

Boston’s onslaught in Games 2 and 3 of the ALCS — most recently Monday night’s 12-3 beatdown at Fenway Park — has Houston on its heels. The Red Sox have imposed their will on the ‘Stros, and in the process, have completely rendered their opponent’s strategy useless. In fact, the Boston beating has been so bad, Dusty Baker’s team is running out of options.

As such, Zack Greinke will be given the ball with Houston desperately needing a win in Game 4. Greinke’s resume is that of a Hall of Famer, but he hasn’t seen the mound much in the last month-plus. He tested positive for COVID-19 and also battled neck issues.

The plan was not for Greinke to start Game 4. However, the Red Sox — starting with their Game 2 pantsing in Houston — have forced the Astros’ hand. A Houston starter has yet to pitch into the fourth inning in this series, allowing 12 earned runs on 13 hits in just 5 1/3 innings pitched for a combined ERA of 20.25.

The ripple effect of that has been obvious. Baker was forced to use presumed Game 4 starter Jake Odorizzi in Game 2, and the veteran right-hander threw 82 pitches. The Houston bullpen has been taxed, throwing an obscene 20 2/3 innings through just three games.

That has made for some difficult decisions for Baker and his staff. Game 3 starter Jose Urquidy looked good through two innings Monday night before Alex Verdugo — down 0-2 in the count — battled his way back to work an 11-pitch walk. Urquidy quickly lost his curveball, and the Red Sox pinned their ears back and hunted fastballs. The culmination was Kyle Schwarber’s grand slam on a 3-0 pitch that effectively ended the game in the third inning.

Even as Urquidy melted, the bundled-up Baker remained glued to his perch in the third-base dugout. But, at this point, what else is he supposed to do?

“If I go get him any earlier, it’s going to tax my bullpen even more. We were hoping he could get through that. How much earlier can I get a guy? In the last two games, we’ve gone to get them very, very, very early and that put — you still got to fill eight to nine innings, you know, with guys that are already taxed.

“It’s kind of like Groundhog Day, a (recurring) nightmare where you hope to get some innings of out these guys. You hope they can get out of the inning and then take him as far as you can take him.”

That hasn’t worked through the last two games for the Astros. Obviously. Even for a lineup as good as Houston’s, which arguably was baseball’s best in the regular season, it’s a tough ask to climb out of an 8-0 or 9-0 hole.

“It does put pressure on your offense,” Baker conceded. “And then what it does for the other team, the other team has a sense of relaxation and the pitcher feels that he just needs to throw strikes.”

Eduardo Rodriguez benefited from that Monday night. The Red Sox left-hander gave his club six easy innings, the only real blemish being a Kyle Tucker home run that came after Boston had built a huge lead. By that point, Rodriguez was able to risk the long ball in order to attack the Houston hitters, to Baker’s point.

“For me, it was really important to go throw six innings (Monday) because I know the lineup we have, and they can score a lot of runs, and the power we have in the lineup,” Rodriguez said.

Rodriguez’s relatively lengthy start paired with a huge lead allowed the Sox to stay away from its elite relievers or dip into the starting rotation to get meaningful outs. That means Nick Pivetta is ready to start Game 4, and Cora will have rested bullpen options like Tanner Houck, Garrett Whitlock and even Nathan Eovaldi at his disposal as his club tries to take a stranglehold of the series.

Houston could only be so lucky.

“You’re asking everybody to do probably a lot more than you would ever ask them to do, multiple innings back-to-back days,” Baker said. “You know, we need some zeroes out there for an extended period of time, and hopefully we’ll get that (Tuesday).”

If they don’t get that, Houston will have an even bigger problem. They’ve taken a few hammering blows from the Red Sox, and we wait to see whether they can get up off the mat. The Astros are just a win away from evening the series and reclaiming home-field advantage. But it sure doesn’t feel like it at the moment. 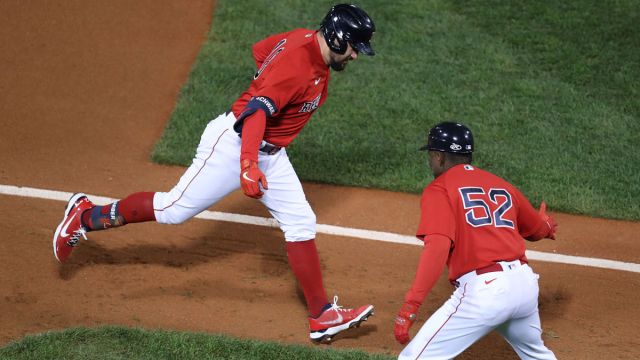 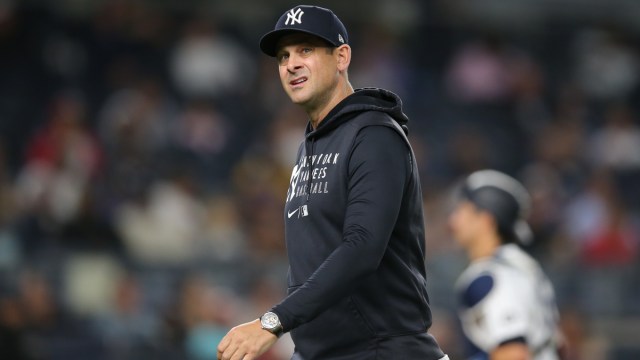