The future looks bright for the New England Patriots’ offense. But that promise hasn’t translated to points thus far.

The Patriots have played four games this season. In those, their Mac Jones-led offense generated 16, 25, 13 and 19 points. Only the Houston Texans, Pittsburgh Steelers, Chicago Bears, Miami Dolphins and New York Jets have averaged fewer points per game.

When failing to reach the 20-point plateau, New England is 0-3, spoiling three strong (albeit occasionally uneven) performances by its defense.

The Patriots showed improvement in some areas during Sunday night’s 19-17 loss to the Tampa Bay Buccaneers. Jones, their rookie quarterback, looked great amid heavy pressure, both physical and emotional. Their expensive tight ends finally showed signs of life, with Hunter Henry and Jonnu Smith each catching a touchdown pass. And they converted on both of their trips inside the Bucs’ red zone, remedying one of their biggest issues from Weeks 1 through 3.

“I think we moved in the right direction,” Jones said after the game. “We made plays and played hard the whole game, and I turned the ball over. That’s one of the problems. … But I thought we moved the ball, passing well. The run game needs to improve, and we’ll come up with ways to do that. I thought everyone fought really hard. It sucks we lost, but yeah, we’re making some progress.”

What needs to change for the Patriots’ offense to reach its potential? After soliciting insight from multiple Patriots, here are the three biggest issues holding this unit back:

TURNOVERS
The numbers here are simple. When the Patriots win the turnover battle, as they did against the Jets in Week 2, they’re 1-0. When they lose it, they’re 0-3.

“Turnovers can kill you,” Jones said. “If you don’t turn the ball over, you have a 90-something percent chance to win. It’s just statistics.”

The Patriots turned the ball over twice against Tampa Bay: a Jones interception and a J.J. Taylor fumble. The Taylor mistake was especially costly, as it cut short a drive that began at the Bucs’ 38-yard line. Wide receiver Jakobi Meyers also was fortunate to have his first-quarter fumble overturned by video review.

Henry and wideout Kendrick Bourne, who nearly lost a fumble in Week 2, both said turnovers have been the Patriots’ biggest offensive problem.

“The last few weeks, we’ve been losing the turnover battle, so just taking care of the ball,” Bourne said. “That’s key. You can’t have fumbles. I almost had my fumble in the Jets (game). Just not putting the ball on the ground is key, and interceptions, whatever that may be. Giving the ball back to Tom (Brady) is tough — anybody, giving them second chances is tough. So I would say turnovers is the biggest thing for us right now.”

Added Henry: “I mean, we can’t turn the ball over.”

The Patriots won the turnover battle in six games last season and won all six. Fourteen teams in 2020 were undefeated when forcing more turnovers than they committed, and 22 posted a winning percentage above .700 in those games.

Over the last five seasons, teams have an overall win percentage of .784 when winning the turnover battle, according to Radar360. Turnover differential is one of the most predictive metrics for NFL success.

New England’s defense also has room for improvement here. It’s forced five turnovers through four games, but four of those were Zach Wilson interceptions in Week 2.

PASS PROTECTION
Jones hasn’t been pressured at an exorbitant rate compared to other quarterbacks, but he’s taken an absolute beating in each of the Patriots’ three losses. In those games, New England’s opponents were credited with nine, 11 and 12 quarterback hits. On Sunday night, the real total actually was a few ticks higher, as the Bucs had two additional QB hits on plays that were wiped out by defensive penalties.

Tampa Bay cashed in on one-third of those hits, sacking Jones four times. All four sacks killed Patriots drives, with three forcing them into difficult third-and-long situations and the fourth coming on third-and-12.

Jones consistently has backed his offensive line in interviews, saying he deserves partial blame for the number of hits he’s taken. There is some truth in that. But O-line play has been a major issue for this Patriots team. It’s been especially concerning at tackle, where Trent Brown’s replacements have struggled and Isaiah Wynn’s performance has dipped.

Wynn and Justin Herron have allowed a team-high 13 pressures apiece this season, according to Pro Football Focus, and Yasir Durant has been beaten for three sacks, including one Sunday night. Left guard Mike Onwenu also had problems against Tampa before being benched for Ted Karras in the second half, and blitz pickup is a serious question mark for New England’s running backs with James White lost for the season.

The Patriots have to hope Brown’s eventual return will help stabilize things up front, but it’s unclear when they’ll get their big right tackle back. Brown has been practicing in a limited capacity for weeks now but has not played a snap since the first drive of the season opener.

NONEXISTENT RUNNING GAME
The O-line was expected to be one of the Patriots’ greatest strengths this season. So was the run game, even after Cam Newton’s preseason departure.

Thus far, both have struggled.

The Patriots ran the ball very well in Week 1 and respectably in Week 2. But over the last two games, they’ve had extreme difficulty generating yardage on the ground. They averaged a meager 2.9 yards per carry against the New Orleans Saints and endured one of the worst rushing performances in NFL history against the Bucs, becoming just the fourth team since the merger to finish with negative rushing yards (-1 on eight carries).

New England’s longest run Sunday night was a backward swing pass to Nelson Agholor that gained 4 yards. Its six handoffs went for -4, zero, zero, zero, -1 and 1 yards. Lead back Damien Harris had -4 yards on four carries and had two additional rushes (one for -1 yards, the other for 3 yards) negated by Onwenu holding penalties.

Dating back to the Saints game, the Patriots’ last 12 handoffs gained 2 or fewer yards. Seven of those went for no gain or lost yardage.

The Patriots completely abandoned the run early in the third quarter Sunday night, running nothing but pass plays for the final 27 minutes. Jones has attempted 91 passes over the last two weeks, third-most in the NFL behind Brady and Ben Roethlisberger (both 98).

Though the rookie QB has played well overall, that’s not the approach the Patriots want to be taking.

“We need to execute the run game a lot better,” Henry said. “We need to run the ball, and we’re not executing. We’re not communicating enough. There’s a lot that we need to get better at, and we will get better at in. We will. We’ll learn from it and keep going.” 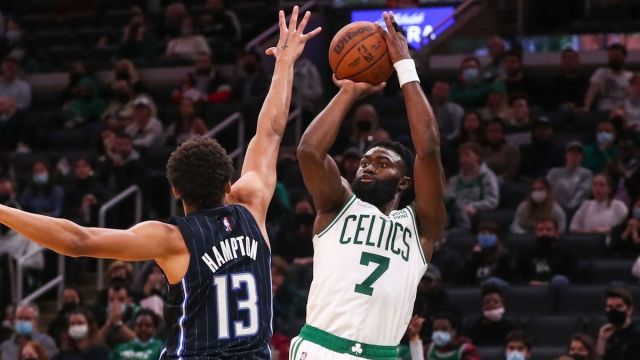 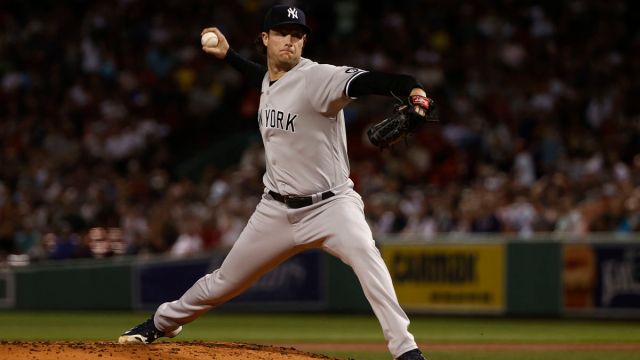