The Las Vegas Raiders certainly made a show of their Thanksgiving Day victory over the Dallas Cowboys, staving off a comeback by the home team for a 36-33 win in overtime.

But there were more meaningful moments in the showdown than that. Here’s a rundown of some of the most notable statistics from the Raiders-Cowboys Thanksgiving Day game:

— There were 28 penalties totaling 276 yards — the most in a regular-season NFL game in five years, according to Sheil Kapadia of The Athletic.

Dallas was penalized 60 of those yards in the first quarter, its most in a first quarter since Week 1 of 2002 and the most of any team in the opening frame since 2018.

According to Michael Gehlken of The Dallas Morning News, the Cowboys totaled 14 penalties for 166 yards, a franchise record.

— This was the first overtime Thanksgiving Day game since 2012, and the first on the holiday for the Cowboys since 2005, according to ESPN Stats & Info.

— Dallas running back Tony Pollard returned a kickoff to the house, with his 100-yard return marking the longest since 2002, when Reggie Swinton equaled the same distance. The Cowboys hadn’t scored on a kickoff return on Thanksgiving since 1971.

The Cowboys return to action Thursday against the New Orleans Saints, while the Raiders are off until Dec. 5. 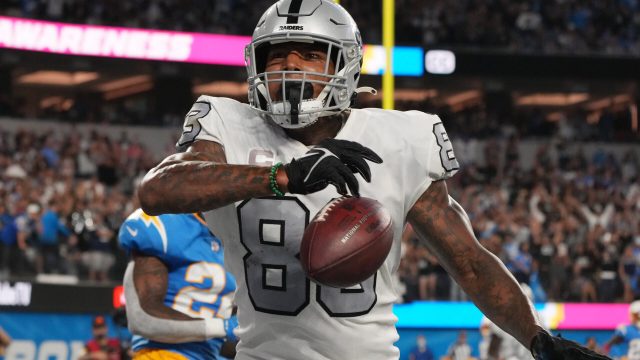 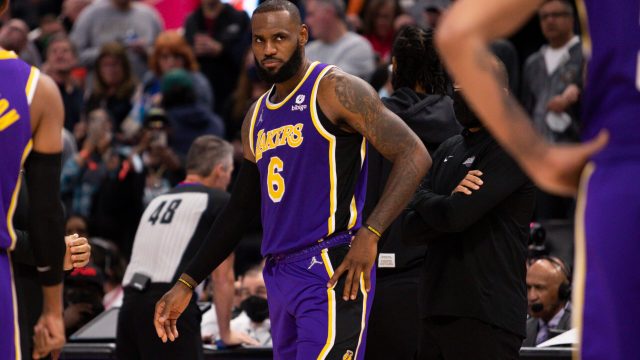 LeBron James is questionable for Friday's game against the Kings