BOSTON — So much had happened in the play by the time Mike Reilly scored his first goal with the Boston Bruins, so we’ll forgive you if you forget how it started.

The Bruins were at a potential breaking point in the third period Thursday. They remained on the power play after Detroit Red Wings winger Lucas Raymond’s 5-on-3 goal cut the B’s advantage to 3-1.

But Boston won the puck in the defensive zone, with Tomas Nosek gaining possession. Instead of just getting rid of the puck and launching it to the other end of the ice, he had the presence of mind to know he had a little bit of space. Meanwhile, Curtis Lazar shot out, making a beeline through the neutral zone. Nosek feathered a pass through that found Lazar just before he gained the offensive blue line, and he dashed to the net and tried to bury it past Detroit netminder Thomas Greiss.

That was unsuccessful, but Reilly had been trailing Lazar, and was there to nudge the puck home for his first goal with the Bruins — and first tally since Jan. 28, 2020.

It was a backbreaker for the Red Wings in the Bruins’ 5-1 win.

Reilly got some deserved fanfare — not many defensemen go charging to the net with a head full of steam while on the penalty kill — but he and Bruce Cassidy alike made sure to note that without Nosek, that play doesn’t happen.

“The shorty was just instinctual,” Cassidy said of Reilly. “That’s not coaching, that’s just him being a good hockey player and a smart player, getting up the ice. Great play by Nosek, first of all, to recognize he had time. Lazar goes to the net, so just guys making a good hockey play on that one.”

“Nosek made the head-man pass there, obviously a heads-up play,” Reilly said. “I think they were just a little bit out of position and we just blew the zone. I think it wasn’t a risky play to blow the zone, it was a pretty clear pass, but great play to start it from Nosek. Obviously, Lazar is a fast guy, drove the net, so a good play all around.”

Nosek has been a bright spot for the Bruins after signing with Boston this offseason. A steady veteran, who actually came up through Detroit’s system, he’s been a jack-of-all trades for the Bruins through eight games.

The third-period display that resulted in the dagger is a prime example of why he’s worked his way into Cassidy’s good graces. 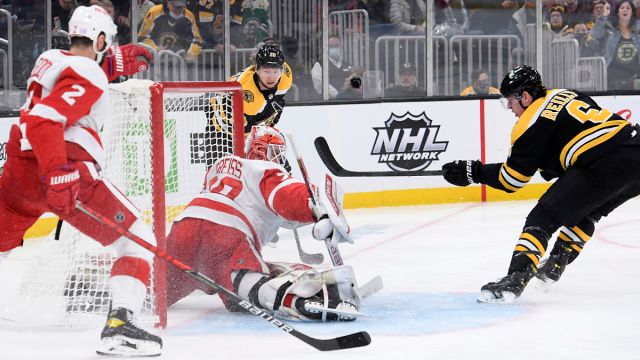 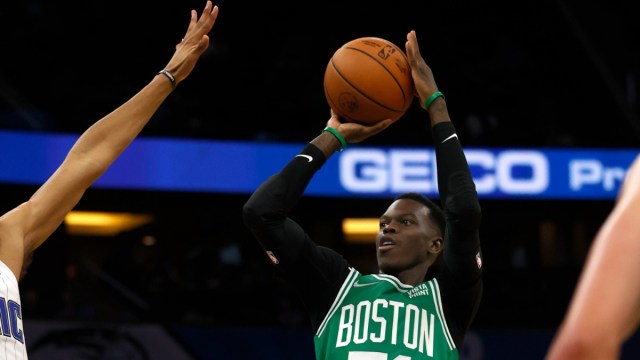 Celtics’ Dennis Schröder Explains What Has Changed In Two Wins