BOSTON — It took 23 games over two seasons, but Mike Reilly finally scored a goal in black and gold.

The NHL journeyman, who spent the first part of the 2020-21 season with the Ottawa Senators before he was traded to Boston, lit the lamp for the first time since Jan. 28, 2020 as part of the Bruins’ 5-1 defeat of the Detroit Red Wings on Thursday.

It was a relief.

“I feel like it was coming, just ever since I even got to Boston. I feel like there’s been a lot of chances, shots, tips. So a little frustrating, but good to get it out of the way.”

His goal was even more impressive than the score line indicates, considering it came with the Bruins shorthanded and 24 seconds after the Red Wings scored their lone goal of the game.

All told, it was a pretty significant night all around for this Bruins team.

Celtics Bench ‘Brought It Home’ For Celtics In Win Vs. Heat 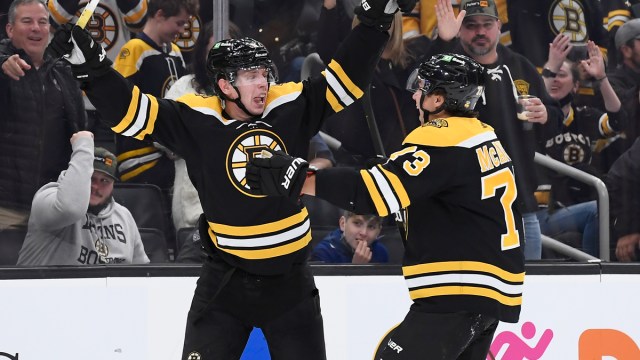