How Canucks' Conor Garland Felt About Playing In Home State Vs. Bruins Skip to content

BOSTON — Conor Garland returned to his home state to face the Boston Bruins on Sunday, and the Vancouver Canucks forward put on quite the show.

The 25-year-old found the back of the net on a first-period power play that briefly put the Canucks up 2-1, but the goal was called back after a challenge by Bruins head coach Bruce Cassidy resulted in an offsides ruling.

Garland, who grew up in Scituate, Mass., made up for it with an official goal in the second period.

“It’s exciting. I didn’t play at home since I was 15 years old so any time I get to play here it’s nice,” Garland told reporters after the loss. “It’s more for my family to enjoy. They sacrificed a lot. My (former) coaches here, for them to enjoy it for me to go out and play. I’m just excited for them when I come to town.”

However, his special night was spoiled thanks to some late crafty play from Brad Marchand — which Garland said was “frustrating.” 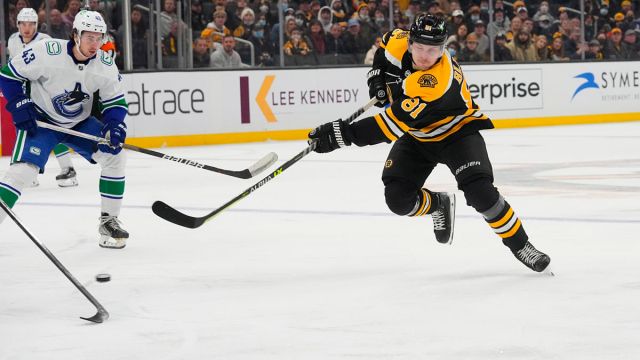