Stephon Gilmore provided the early highlight, but his old team got the victory Sunday.

The New England Patriots defeated Gilmore’s Carolina Panthers 24-3 at Bank of America Stadium. After the game, the cornerback spoke with reporters about facing his former club for the first time.

“It was no emotions,” said Gilmore, whom the Patriots traded to the Panthers last month. “It’s a business. Obviously, I have a lot of relationships over there with teammates and coaches, but it’s part of it. We’ll have those relationships forever. It was just another game for me. I studied and played how I wanted to play and went from there.”

Gilmore was able to speak with many of those ex-teammates before and after Sunday’s game. He also paused during pregame warmups to share an embrace with Patriots owner Robert Kraft.

“RKK’s always been good to me,” Gilmore told reporters. “He gave me a great opportunity as a younger player. I’ll always appreciate him. We’ll always have a relationship, also.”

Gilmore said he did not have any interactions with New England head coach Bill Belichick. During the leadup to this highly anticipated matchup, the 2019 NFL Defensive Player of the Year revealed he did not appreciate the way Belichick and the Patriots handled his recovery from the quad injury he suffered last December.

The Panthers initially used Gilmore only on third downs Sunday but expanded his role as the first half progressed. On a second-and-7 midway through the second quarter, he undercut a crossing route by Jakobi Meyers for an interception — his second in two games for Carolina.

Gilmore’s familiarity with Meyers — who raved this week about the benefits of practicing against the star corner for three seasons — and the Patriots’ offense allowed him to quickly decipher where Mac Jones’ pass was headed.

“I was going against Jakobi,” Gilmore explained. “I know how he releases off the ball, and I kind of gave him room and beat him to the spot. He kind of ran into, I think, his own player, but I was going to beat him there anyway. So (it was) just film study and knowing who I’m going against.”

Jones had a simple explanation for the turnover.

“I threw the ball right to the guy,” the Patriots rookie quarterback told reporters. “A lot of people could catch that. So I just have to look at the film and see where I could have thrown it better.”

Gilmore’s pick gave the Panthers possession inside New England territory, but their Sam Darnold-led offense mustered just a field goal. Jones responded with a 10-play, 75-yard touchdown drive that put the Patriots ahead 14-6 just before halftime, and an 88-yard pick-six by Gilmore’s protege, J.C. Jackson, all but iced the game in the third quarter.

“You want to make plays for your team to help them win, so I was able to do that on that play,” Gilmore said. “But at the end of the day, we didn’t come out with a win. That’s what’s most important. … It’s always disappointing when you don’t win.” 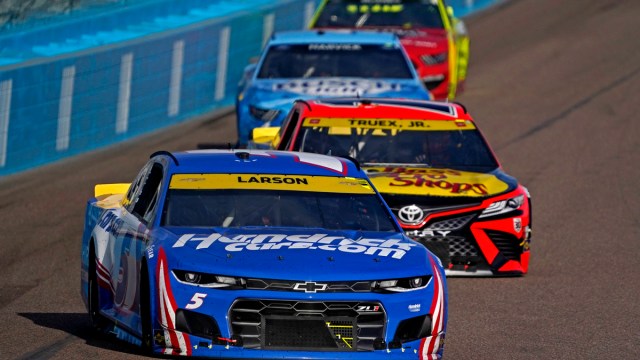 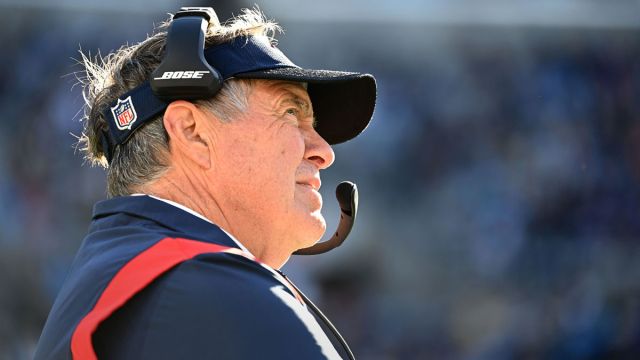