Rex Ryan made headlines a month ago when asked whether Mac Jones and the New England Patriots could make the playoffs.

“Hell no,” Ryan said during a “Get Up!” episode. “Because you got a peashooter at quarterback? Give me a break right here. This team should’ve been beat by the Houston Texans. A playoff team? … No chance at this thing. Their defense is not as good as it’s been.

” … Hey, the ball travels down the field more than 15 yards? Uh-oh! That’s bad news for this guy. He’s closer to Danny Wuerffel than he is Tom Brady.”

Well, Ryan currently is eating crow on both fronts.

Following Sunday’s 45-7 rout of the Cleveland Browns, the 6-4 Patriots now have the ninth-best odds of making the NFL playoffs, per FiveThirtyEight. They’re only a half-game behind the Buffalo Bills for first place in the AFC East.

So, to Ryan’s chagrin, New England is looking like a playoff team.

As for the “peashooter” take, Jones stuck a fork in that narrative with his performance Sunday afternoon at Gillette Stadium.

The rookie quarterback was 6-of-7 for 103 yards and a touchdown on throws of 10-plus yards downfield, according to stats available at ProFootballFocus. Additionally, Jones was 9-of-9 for 90 yards and another score on passes outside the numbers.

Nobody should confuse Jones for Josh Allen or Patrick Mahomes, but reducing the Alabama product to a dink-and-dunk, checkdown-heavy quarterback is flat-out incorrect.

Jones will look to lead the Patriots to their fifth straight victory Thursday night when they visit the Atlanta Falcons. 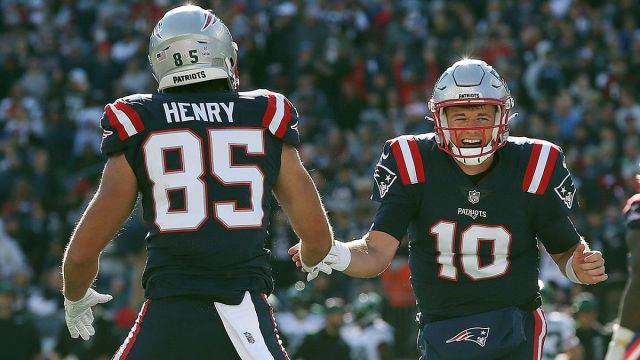 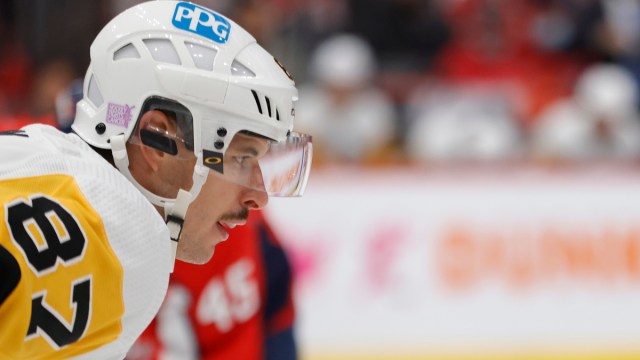