It was not Eduardo Rodriguez’s best season. Actually, 2021 was the worst of his six-year career.

But there’s a qualifying offer on the table for the 28-year-old starter to remain with the Red Sox — the only club he knows — on a reported one-year, $18.4 million deal. Other reports have gone along with Chaim Bloom’s claim that a multi-year extension is in the works.

Boston’s staff appears to believe that a rollercoaster season, where Rodriguez went 13-8 and recorded a 4.74 ERA, is not worth letting him walk. Especially after getting COVID-19 and missing the entirety of 2020 due to complications.

However, manager Alex Cora admitted a few things must be addressed with the pitcher, and insinuated he was tipping pitches despite early success.

“We were looking at the wrong thing early in the season,” Alex Cora said Wednesday in an interview with “Merloni and Fauria” on WEEI. “He started off the season quote-on-quote great, right? He was 5-0 if I’m not mistaken. But stuff wise, he wasn’t there yet, you know, he was a work in progress. … And it was a project just to get him to where we wanted to. And I think towards the end of the season he was a lot better.”

Cora worried it would haunt the Red Sox in the postseason, facing the Tampa Bay Rays and Houston Astros.

“There were a few games there that, and now I can say it, you know, people knew what was coming,” Cora admitted.

“One of my biggest fears, he was facing the Astros in in October, and I know people are gonna take it the wrong way, yeah, I’m not saying it because of what happened in ’17. They’re really good at looking at gloves and tendencies and where you set and all that. And at one point I was like, ‘Oh my God. They’re gonna take advantage of this.’ He actually (did) an amazing job.”

Rodriguez has 10 days from the Red Sox’s formal offer to make a decision. 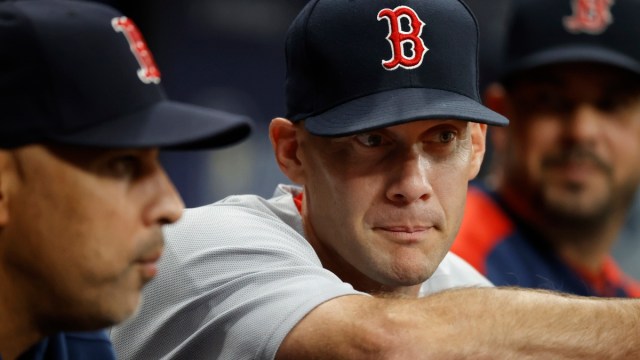 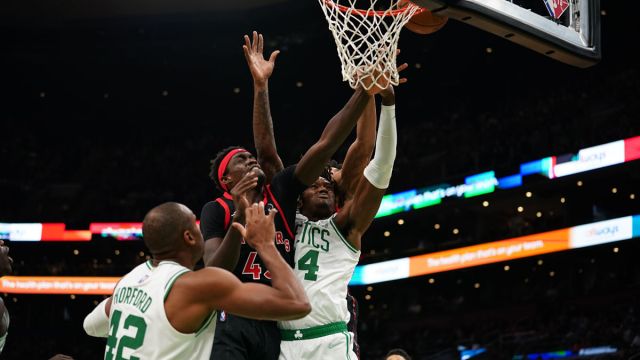 Robert Williams Was Walking Highlight During First Half Of Celtics-Raptors