The Boston Celtics ended their five-game West Coast trip Friday night the same way they started it, with a loss.

Boston looked strong in the first quarter but the Phoenix Suns would prove to be too much as they won 111-90.

Boston only trailed by one point after the first 12 minutes but then dug itself too big of a whole. The Celtics even won the third quarter by three points, but it wasn’t enough.

The biggest indicator of Boston’s struggles Friday was their inconsistent three-point shooting. The Celtics finished the night with an uninspiring 4-for-26 from long range for a disgusting 15.4%. All-in-all the Celtics looked out of sorts against the Suns.

STARS OF THE GAME
— Jayson Tatum arguably was the lone bright spot for the Celtics despite the loss. The Boston forward finished the night with a team-high 24 points to go along with seven rebounds and three assists.

— JaVale McGee was unstoppable in the paint. The big man made a spot start while the Suns are without Deandre Ayton but McGee shined in his absence finishing the night with 21 points, 15 rebounds and two blocks.

WAGER WATCH
It was a bad night if you took the over on the Celtics’ total points scored by the starting lineup. Tatum, Al Horford, Marcus Smart and Robert Williams Williams all went under their respective over/under numbers set by DraftKings Sportsbook. If you had faith in Crowder to have a revenge games you were in luck. His over/under line was set at 11.5 points with -110 odds.

UP NEXT
After taking the weekend off, the Celtics return to TD Garden to take on the reigning champion Milwaukee Bucks with tip-off scheduled for 7:30 p.m. ET. 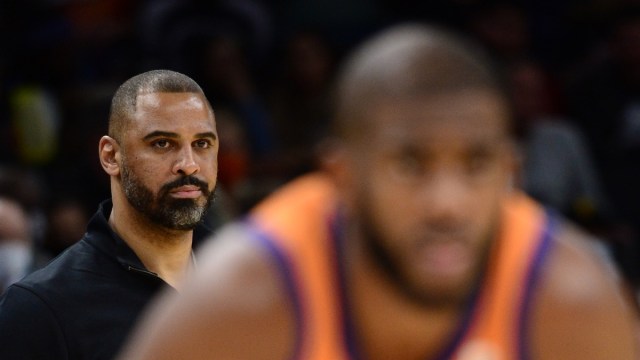 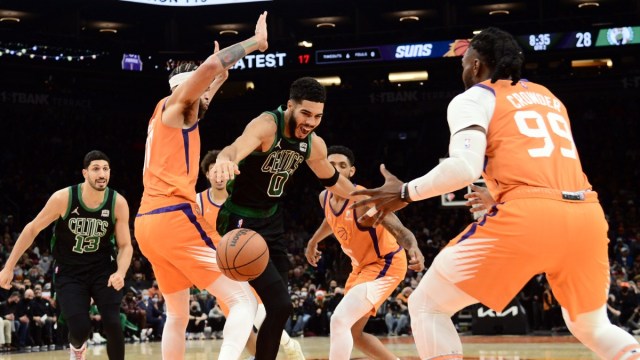