Patriots Takeaways: Five Things We Learned From Loss To Colts Skip to content

The New England Patriots fell to the Indianapolis Colts 27-17 on Saturday night at Lucas Oil Stadium. Here are five things we learned in that Week 15 matchup:

1. The Colts’ plan worked
Linebacker Bobby Okereke during the week said Indianapolis intended to make the Patriots’ offense “one-dimensional” and make rookie quarterback Mac Jones beat them. It did, and the rookie didn’t.

Standout rookie Rhamondre Stevenson, who got the start in place of injured lead back Damien Harris, managed just 36 yards on 10 carries, and Jones committed two costly errors, throwing interceptions on the Patriots’ final drive of the first half and their first possession after halftime.

Okereke picked off Jones to start the second half, diving to undercut a pass in the flat to running back Brandon Bolden.

Jones was much better in the fourth quarter as he led a late-game comeback bid, but it wasn’t enough to erase his team’s daunting deficit, which swelled to 20-0 early in the third. The Patriots were held scoreless through three quarters for the first time since October 2016, when they were shut out by Buffalo with Jacoby Brissett at quarterback.

The late rally, which featured two nifty touchdown passes to Henry, did inspire confidence in Jones’ ability to carry this offense in crunch time, but the Patriots simply are not the same team when they can’t run the ball effectively. Jones’ four highest pass attempt totals as a pro all have come in losses, and New England failed to score more than 17 points in any of those games:

New England also has had a difficult time overcoming turnovers this season. The Patriots have turned the ball over multiple times in seven games and lost five of them. When they have one or zero giveaways, they’re 7-0.

2. Self-inflicted errors killed the Patriots
One key stat in this game was the disparity in penalties. The Colts were flagged twice for 13 yards. The Patriots? Eight times for 50 yards. While Indianapolis got away with a couple of borderline headshots, the Patriots repeatedly shot themselves in the foot with careless and poorly timed mistakes.

Four of New England’s penalties came in the red zone, and three of those were false starts, including one by Mike Onwenu on third-and-goal from the 2. A Jonnu Smith false start on second-and-1 preceded the aforementioned red-zone interception. Twice, the Patriots committed penalties on back-to-back plays, with one of those sequences derailing their opening drive.

In that sequence, an ineligible man downfield flag on right guard Shaq Mason wiped out a 14-yard Smith gain on second-and-9. That completion would have given the Patriots a first down at the Colts’ 33. Instead, as they replayed the down, Jones let the play clock expire, resulting in a delay of game. He took a sack two plays later, and a promising Pats possession ended with a punt on fourth-and-30.

Speaking of punts, the Colts blocked one of Jake Bailey’s late in the first quarter and returned it for a touchdown. It was New England’s third blocked punt this season. No other team has allowed more than one.

There also were a few miscellaneous mistakes: a diving drop by Jakobi Meyers on third down that preceded the blocked punt, a dropped would-be interception by Jamie Collins, a bizarre Josh McDaniels play call on fourth-and-1 that didn’t come close to working. Jones said the Patriots did not have a good week of practice leading up to this game, and it showed. They’ll need to be sharper if they hope to lock down an AFC East title in the coming weeks.

3. The defense held up reasonably well
Yes, they surrendered 170 rushing yards to NFL MVP candidate Jonathan Taylor, but 67 of those came on one play: the back-breaking touchdown run that iced the game with just over two minutes remaining.

Outside of that one long carry, the Patriots held Taylor to 103 yards on 28 carries — a solid night, certainly, but below the star rusher’s usual All-Pro standards. Removing the 67-yarder, Taylor averaged just 3.7 yards per carry, which would have been his lowest mark since Week 5 and fourth-lowest of the season. This was against a New England defense that lost linebacker Ja’Whaun Bentley, one of its better run defenders, to an ankle injury early in the game.

Colts quarterback Carson Wentz also was a non-factor, going just 5-for-12 for 57 yards and one touchdown (a glorified handoff on a trick play) with one interception. Indianapolis’ offense put up a modest 20 points and went 2-for-10 on third down.

The Patriots’ defense failed to execute in several key situations, though. Although Indy struggled to convert on third down, it was 3-for-3 on fourth-and-1 conversions, with Wentz successfully QB sneaking on all three. One of these plays came on the Colts’ side of midfield with less than six minutes remaining and the Patriots trailing 20-10.

The final Taylor run, obviously, was a killer. Dont’a Hightower and Devin McCourty — the Patriots’ two longest-tenured defenders — both were unblocked on the play, and neither got more than a finger on the red-hot Colts back. Taylor outran cornerback J.C. Jackson, who was largely excellent in coverage Saturday night, to the goal line to put the game away.

4. N’Keal Harry made the biggest play of his career
The much-maligned third-year wideout set up Henry’s second touchdown by hauling in a 43-yard bomb from Jones on third-and-6.

It was the first truly consequential receiving highlight of the season for Harry, who’s been used more as a run blocker than pass-catcher since he returned from injured reserve in early October. The 2019 first-round draft pick still has yet to catch more than two passes in any of his 10 appearances this season, but this big-play reception showcased the skill set that made him a contested-catch monster at Arizona State. Perhaps it’ll earn him more receiving opportunities moving forward.

Harry’s health will be worth monitoring this week, however. He left the game late in the fourth quarter after taking a shot to the head from Colts safety Andrew Sendejo. Harry has a history of head injuries that caused him to temporarily quit football as a kid, and he missed two games with a concussion last season.

With Nelson Agholor also leaving with a head injury, the Patriots were depleted at receiver for their final desperation drive. Jones’ final throw of the night went to return specialist Gunner Olszewski, who had seen just one target all season.

5. Next week’s Bills game is massively important
Special teams captain Matthew Slater called the loss “a good wake-up call” for the Patriots, who had won seven straight and were coming off their bye. They’re no longer in the driver’s seat for the No. 1 seed in the AFC but still have a clear shot at winning their division and earning a home playoff game. But any problems they need to repair must be fixed quickly, as they’re set to welcome the Buffalo Bills to Gillette Stadium next Sunday for a much-anticipated rematch of AFC East front-runners.

If the Patriots beat the Bills for a second time, they theoretically could lose their final two games (vs. Jacksonville, at Miami) and still win the AFC East, assuming the Dolphins don’t win out. If they lose to Buffalo, they’d need the Bills to lose one of their last two games (vs. Atlanta, vs. New York Jets).

You can find a closer look at the potential clinching scenarios here, but know this: a victory next Sunday would be an enormous boost for the 9-5 Patriots, who entered Sunday ranked first in the AFC East and third in the AFC. 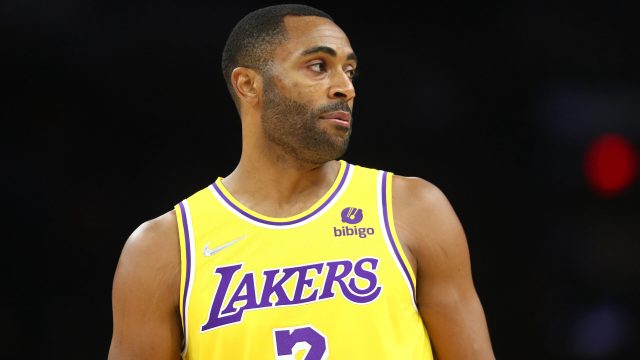 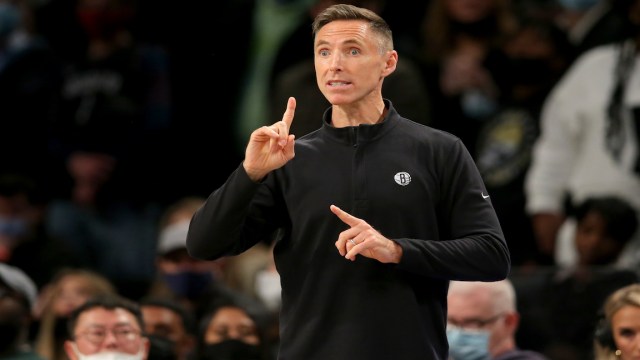