It’s easy to poke fun at Antonio Brown over what happened Sunday in New York, but could the (now-former) Tamp Bay Buccaneers receiver be going through something serious, like a mental health crisis?

Speculating about such things shouldn’t be done until all the facts are known. However, many have used the context of Brown’s career, the postgame remarks from Tom Brady and what we know about CTE to suggest that Brown’s issues go beyond pure petulance.

During his Monday morning “The Greg Hill Show” WEEI interview, Bill Belichick was asked both about Brown and about how the Patriots and other NFL teams approach mental health.

“That’s important for all of us,” New England’s head coach said. “We have a number of people who are involved in one way or another in that area. Certainly our medical staff. But, you know, there’s an awareness from other people in the organization — coaches and other staff members, and so forth. Each one of us is different, each one of us is unique. We try to have a team structure, and we have to work individually with guys as stuff comes up.”

Belichick then hinted at Patriots players going through mental health issues last season, but did not go into specifics. He also offered further thoughts on the topic as a whole.

“You know, players last year, you know, the situation where… I mean, look, there’s multiple situations,” Belichick said. “But, where things come up, where we can be helpful, we try to do that. I didn’t really see what happened yesterday, so this isn’t about that, it’s just in general, that’s how we try to handle the mental health side of it. Very important, and it’s something everybody’s very aware of. We talk about it on a pretty regular basis. Football players are tough, they like to block out, and try to block out distractions and things that could affect them on the football field. But, at the same time, you’ve gotta live your life and deal with other things. And, so, it’s trying to find that balance.”

In case you missed it, during the Bucs’ eventual win over the Jets, Brown stormed off the field after being benched and then told to go back into the game. He refused, threw his equipment into the stands ran toward the locker room while hyping up the MetLife Stadium Crowd.

Tampa head coach Bruce Arians announced Brown would be released during his postgame news conference. Brady stressed the importance of practicing empathy and not rushing to judge.

“Yeah, that’s obviously a difficult situation,” Brady said. “I think we all want him to just, I think everybody should find, do what they can to help him in ways that he really needs it. We all love him. We care about him deeply. We want to see him be at his best and, unfortunately, it won?t be with our team.

“We have a lot of friendships that will last. The most important thing about football are the relationships with your friends and your teammates. They go beyond the field. I think everyone should be very compassionate and empathetic toward some very difficult things that are happening.”

Brown spent the remainder of his day posting to social media and even releasing a new rap song. His football future remains uncertain, but it’s fair to wonder whether he’s played his final down in the NFL. 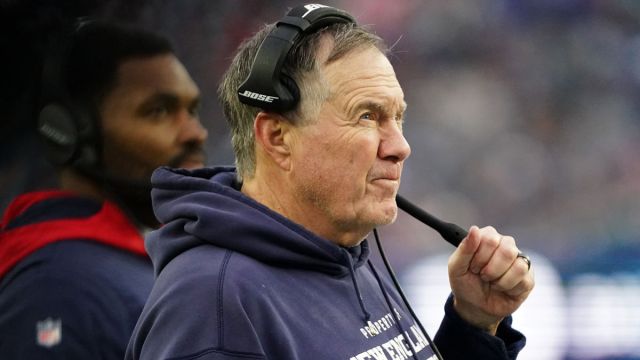