Josh McDaniels took over as head coach of the Las Vegas Raiders two weeks ago. Since then, the offensive side of the New England Patriots’ coaching staff has been, well, raided.

With longtime running backs coach Ivan Fears also reportedly expected to retire, the Patriots are staring at the prospect of needing to replace more than half of their offensive coaches. All while promising young quarterback Mac Jones navigates his first full NFL offseason.

How will they do it? At this point, that’s unclear. But the process already has begun.

Joe Judge is back, rehired this week after a failed two-year stint as head coach of the New York Giants. Judge mostly worked on special teams during his first stint with the Patriots (2012-19) but he’ll be focusing on offense this time around. His official title is “offensive assistant,” and he now becomes a prime candidate to take over play-calling duties from McDaniels, though he has no prior experience doing so.

Judge also could replace Lombardi as the Patriots’ receivers coach, a position he held (along with special teams coordinator) in 2019. New England also could promote Troy Brown to fill that void. The Patriots Hall of Famer served as wide receivers/kick returners coach this season after coaching running backs and returners in 2020.

If the Patriots choose to promote from within to replace Bricillo, assistant O-line coach Billy Yates would be the most logical option. Yates played five seasons for New England and previously worked under Matt Patricia in Detroit. The Patriots also could attempt to recruit Dante Scarnecchia out of retirement for a second time, though it’s unclear whether the 73-year-old would have any interest in returning.

Speaking of Patricia, ESPN’s Mike Reiss floated the possibility of the former Patriots defensive coordinator and Lions head coach shifting into an offensive role for the 2022 season. Patricia returned to New England last offseason as a “senior football advisor,” working with the coaching staff and personnel department. He hasn’t coached offense since 2005, when he was the Patriots’ assistant O-line coach.

“With the Patriots set to retain the core of their existing defensive staff, but losing elite institutional brainpower/knowledge on offense without McDaniels and others, Belichick might view some combination of Patricia and Judge as his best option to spearhead the offensive transition,” Reiss wrote Sunday.

Assuming Fears does retire, here are the Patriots’ only remaining offensive coaches from the 2021 season:

Caley is the longest-tenured member of that group, having joined the Patriots in 2015. The other four all joined New England’s staff full-time within the past two seasons. And, including Judge, the Patriots now do not have a single assistant coach left who has either called plays or coached quarterbacks at the NFL level.

The only remaining Patriots assistant with experience coaching QBs is Hughes, who was the offensive coordinator/quarterbacks coach at Snow College — a junior college in Utah — from 2005-10. Hughes also worked with passers as a quality control assistant at Ohio State in 2013.

It still would make sense for New England to add an experienced OC/QBs coach like Bill O’Brien to help guide Jones through this pivotal period in his NFL development, but reports this week indicated such a reunion was unlikely.

That report came before the Patriots lost Lombardi and Bricillo, however. Perhaps those two additional departures will alter how Bill Belichick rebuilds his staff, as Lombardi, in particular, likely would have seen his responsibilities increase with McDaniels gone.

“He does a good job picking the right people, and he’s done that for however many years he’s been a head coach,” the QB said as he made the rounds on Super Bowl LVI Radio Row. “That’s why I’m really happy to be with him, because he always has a plan. Similar to in college (with Alabama’s Nick Saban) — we always had a plan for when somebody else got hired. We brought somebody in, the relationship builds, you earn the trust and then you can just keep moving forward.”

Jones also said the Patriots will keep the same offensive scheme regardless of how they replace McDaniels.

“At Alabama, I think back to all the different (coordinators) I’ve worked with,” he told Perry. “I have a lot of experience with learning a new — we’re going to keep the same system, but new terminology here and there. But I know Coach Belichick’s going to have a plan, and I’m looking forward to working, just getting better as a player, regardless of who’s out there with us.”

The Patriots have not lost any of their defensive or special teams coaches, though Belichick could consider changes to both after his team struggled defensively down the stretch and were uncharacteristically sloppy in the kicking game. 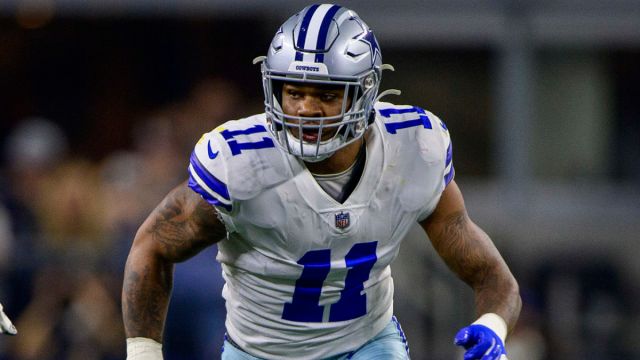 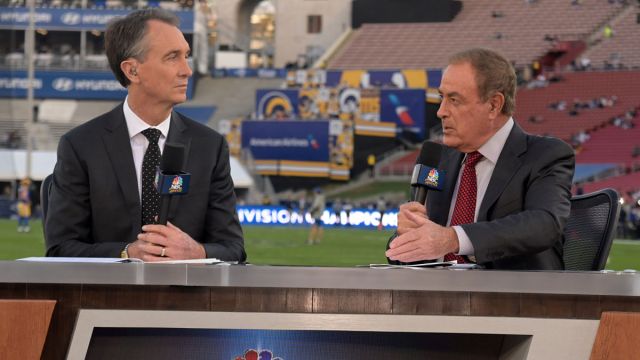 What Channel Is Rams-Bengals Super Bowl On?