Jerod Mayo confirmed Wednesday he will be returning to New England for his fourth season as a Patriots assistant in 2022.

But he has not lacked options.

Mayo, the Patriots’ inside linebackers coach, said on 98.5 The Sports Hub’s “Zolak & Bertrand” that other teams have approached him in recent years with offers to become a defensive coordinator.

The 35-year-old has interviewed for three head-coaching positions (Philadelphia Eagles last year; Denver Broncos and Las Vegas Raiders this year) but has turned down all external DC inquiries, opting to remain in New England.

“I have (received interest),” Mayo said. “And this was even after I didn’t get the Philly job, I was also approached about being a defensive coordinator. But if you look at it from my perspective, as well — look, I am a New England guy, right? My family’s here. Everything’s here. For me to pick up my family — and remember, I was a 2008 first-round draft pick — for me to pick up my family and to go to some team where I really don’t know the people over there, we’re moving all these people, to me, it’s hard.

“It has to be a great, great opportunity, not just any team.”

“It was going to take a special place for me to really leave where I was,” McDaniels said in his introductory news conference.

Mayo, who, as a former first-round pick, is in better financial shape than most up-and-coming coaches, said he does not have aspirations of becoming a coordinator. He’s shared those duties with head coach Bill Belichick and outside linebackers coach Steve Belichick for the last two seasons, with the Patriots not naming an official DC since Matt Patricia left in 2018.

“When people ask me, ‘Is your goal to be a defensive coordinator?’ That’s not my goal,” Mayo said. “My goal is not to be a defensive coordinator. My goal is to be a head coach. My goal is to work across the team, whether we’re talking about offense, defense and special teams, because that’s what I enjoy. I don’t just enjoy defense. I love it, but I don’t just enjoy defense. I enjoy the game of football, I enjoy learning from different people and I also enjoy the personnel side, which Bill over the last couple years has given us more time to spend with the scouts, which has been beneficial for me.

Mayo, a Pro Bowler, team captain and Super Bowl champion during his Patriots playing career, was asked about potentially replacing Belichick whenever the soon-to-be 70-year-old chooses to retire.

“Hey, that sounds great,” Mayo said. “I hope it happens. I do love it here. My family loves it here. It’s a great place to live. … That would be great. Put my name out there. Let Bill know.”

Mayo also addressed the Rooney Rule — which he said was well-intentioned but has been handled “poorly” by the NFL — and the questions facing New England’s defense during his Sports Hub appearance.

The Patriots ranked second in points allowed and fourth in total defense and Football Outsiders’ defensive DVOA this season, but they wilted down the stretch and were shredded in their lone playoff game, a 47-17 loss to the Buffalo Bills. 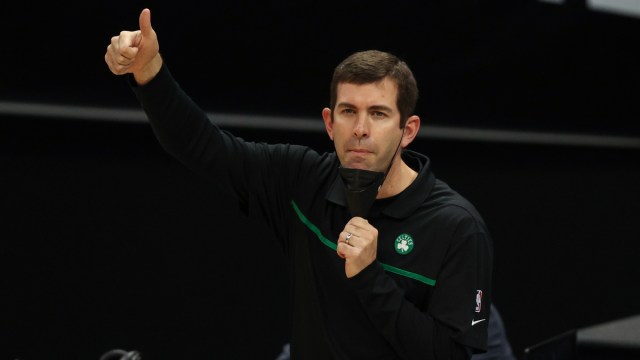