Though the Patriots almost certainly will maneuver their way up and down the board on draft night, trades were off-limits in this particular mock.

First round, No. 21: CB Trent McDuffie, Washington
With Pro Bowler J.C. Jackson reportedly expected to test free agency, cornerback vaults to the top of the Patriots’ offseason priority list. And while that doesn’t guarantee they’ll draft one with their top pick — which they haven’t done since they picked Cyrus Jones 60th overall in 2016 — we love McDuffie’s fit in Bill Belichick’s defense.

At 5-foot-11, 193 pounds, he’s similar in size to Jackson (5-10, 201 at his pro day) and is experienced and adept in man coverage, starting 26 games for a Washington defense that’s churned out quality defensive backs in recent years. McDuffie also is an aggressive tackler and a cerebral player, telling reporters last week that he watches upward of four hours of film each day.

The one attribute that could give the Patriots pause is McDuffie’s 29 3/4-inch arms. The last five corners New England drafted all had at least 31-inch arms, with the last three topping 32 inches.

Second round, No. 54: WR Skyy Moore, Western Michigan
Moore very well could go higher than this after his impressive combine workout, but we love his fit for the Patriots. His quickness and toughness in the slot have earned him comparisons to Julian Edelman, and he offers straight-line speed (4.41 in the 40) and sure hands, as well.

Moore dropped just six catchable passes in his collegiate career and was a menace for defenders to bring down, forcing 26 missed tackles last season, per PFF.

Jakobi Meyers has given the Patriots solid slot production in the last two seasons, but he lacks the suddenness and short-area quickness of an Edelman type. Alabama’s John Metchie — who built a strong connection with quarterback Mac Jones in 2020 — was a tempting candidate here, too.

Third round, No. 85: LB Troy Andersen, Montana State
Andersen charted the unlikeliest of career paths for the FCS Bobcats. First, he was the Big Sky Conference’s Freshman of the Year, splitting time between linebacker and running back. Then he switched to quarterback — yes, quarterback — and instantly earned first-team all-conference honors.

Andersen then shifted back to defense. In his first season as a full-time linebacker, he was a first-team All-American. In his second, he was National Defensive Player of the Year in the FCS. He also was a three-year captain, an Academic All-American and a finalist for the William V. Campbell Trophy, also known as the “Academic Heisman.”

And he’s one heck of an athlete to boot. At the combine, Andersen ran a 4.42-second 40 (best among linebackers) with a 36-inch vertical and a 128-inch broad jump.

Inside linebackers coach Jerod Mayo said the Patriots want to get faster on defense this offseason while continuing to prioritize smart, versatile players. Andersen certainly qualifies, though the odds of him sliding this far after his combine showing could be slim.

Fourth round, No. 123: CB Zyon McCollum, Sam Houston State
Another small-school guy? Why not. The Patriots should be looking to add multiple cornerbacks in the coming weeks — they’d have a need there even if Jackson did re-sign — and McCollum aced his combine workout, posting the best broad jump, the second-best vertical jump and the third-best 40 for his position at 6-foot-2, 199 pounds. He was the only defensive back to run either the three-cone or the short shuttle this year, and he smoked both of those, too, notching elite times of 6.48 and 3.94 seconds, respectively.

On the field, McCollum was a ball hawk at the FCS level (13 interceptions, six forced fumbles), and scouting reports rave about his intelligence, intangibles as a team captain and work as a punt gunner — all positive traits for a Patriots prospect.

Like Herron, some draft experts project the 6-foot-4, 304-pounder will need to move inside at the NFL level — he was the Demon Deacons’ starting center in 2019 — but New England has shown a willingness to keep those types of players at tackle in recent years. And unlike Herron, Tom tested very well at the combine, ranking in the top four among O-linemen in the short shuttle, three-cone drill and both jumps.

Seventh round, No. 209: TE/FB Connor Heyward, Michigan State
If the Patriots want to introduce a more dynamic fullback/H-back into their offense, Heyward could be an intriguing addition. The younger brother of Pittsburgh Steelers star Cameron Heyward transitioned from running back to tight end late in his college career and looked smooth in pass-catching drills at the combine. While he lacks ideal size (5-foot-11, 233 pounds) and burst, he has some positional versatility and should be a factor on special teams.

We considered using this final selection on Alabama slot receiver and obvious Patriots fit Slade Bolden, but after his mediocre combine, there’s a good chance New England would be able to scoop him up as an undrafted free agent. 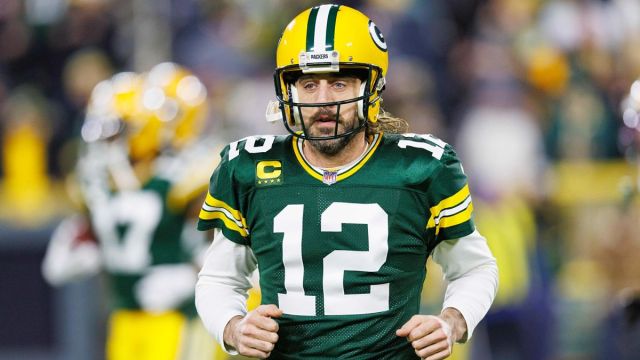 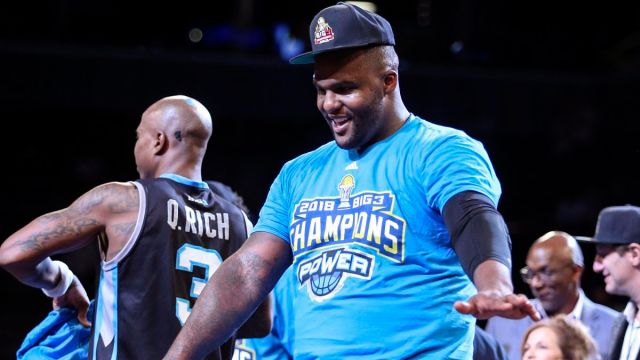 Glen Davis Speaks Out After Embarrassing Moment At Nets-Celtics Game