The New England Patriots will take part in at least one round of joint practices ahead of the 2022 NFL season.

The Athletic’s Joe Person on Tuesday reported the Patriots and Carolina Panthers will practice together during the upcoming preseason, and that those sessions will take place in Foxboro, Mass. The practices would precede a preseason matchup between the two teams.

Panthers coach Matt Rhule confirmed this report when meeting with reporters at the NFL Annual Meeting in Palm Beach, Fla., saying the NFL still needs to approve the plan but that he and Patriots head coach Bill Belichick already have discussed logistics.

“I just know everything (the Patriots) do is first class,” Rhule said, via The Boston Globe’s Ben Volin.

Joint practices are a near-annual occurrence for the Patriots, as Belichick views them as a valuable evaluation tool. Last summer, New England practiced with the Eagles in Philadelphia and against the New York Giants outside Gillette Stadium.

Patriots-Panthers practices would generate a few compelling storylines, including a rematch between quarterback Mac Jones and Carolina edge rusher Brian Burns. Jones grabbed and twisted Burns’ ankle as the latter attempted to recover a fumble in last season’s Patriots victory in Charlotte, prompting the Panthers defender to declare “happy hunting” on the young New England QB.

It’s unclear who Carolina’s starting quarterback will be this summer — it needs an upgrade over Sam Darnold — but ex-Patriots backup Jimmy Garoppolo remains a potential candidate.

The San Francisco 49ers have yet to trade Garoppolo as they plan to transition to 2021 first-round draft pick Trey Lance, and the Panthers are one of the few remaining QB-needy teams. Seeing Garoppolo back on the practice fields in Foxboro, working against Belichick’s defense, would be a treat.

Former Patriots and Panthers quarterback Cam Newton also remains a free agent, and Carolina has not ruled out re-signing him, though that would likely be in a reserve/situational role.

Newton spent the 2020 season and the 2021 preseason with New England before losing his starting job and roster spot to Jones. 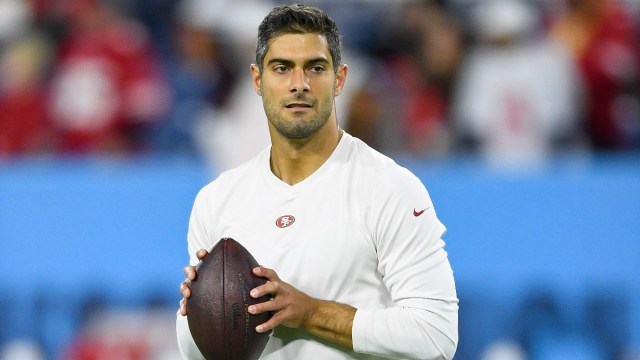 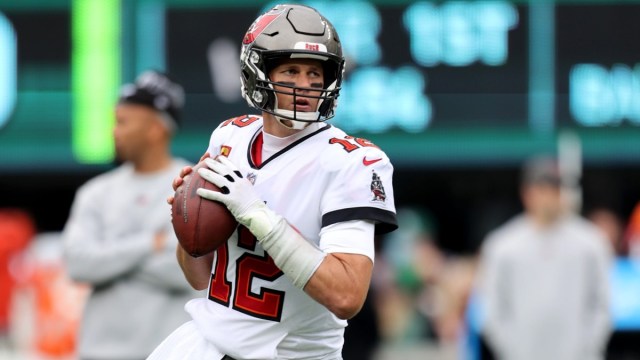