Given how Friday night’s game at Tropicana Field played out, most people in the Rays’ dugout likely thought Saturday’s game was over when Taylor Walls bounced a ground ball to Trevor Story with two outs in the 10th inning.

But Tampa Bay unexpectedly received a new lease on life, and Kevin Cash’s team made the most of its opportunity.

The 10th frame was extended when Story, who shined defensively in the series opener, made an errant throw to first base. The error allowed Walls to reach first, and Kevin Kiermaier made Story and his team pay when he laced a three-run, walk-off home run. It was a gut-punch loss for the Red Sox, who received a great first start from Garrett Whitlock and put up the first two runs of the game in the top half of the inning.

“We’ve asked not to hit it to Story anymore, but maybe it worked out. KK really picked us up,” Cash told reporters, per MLB.com.

Story, who’s amid his first month as a Major League Baseball second baseman, took full ownership of his miscue. The two-time All-Star will look to bounce back Sunday when the Red Sox vie for a three-game series win over the Rays. 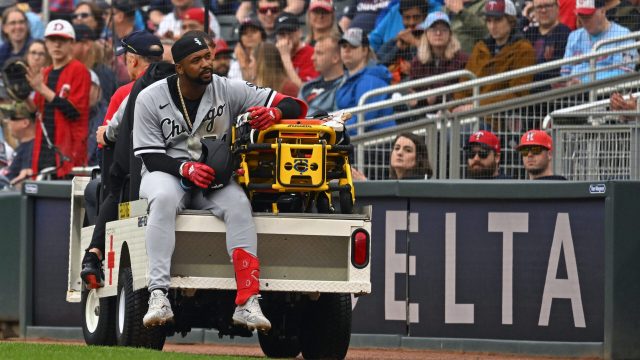