With the dust now settled on the 2022 NFL Draft, here are eight takeaways from the New England Patriots’ 10-player haul:

1. The Patriots’ first two picks were their most questionable.

Chattanooga guard Cole Strange looks like an excellent fit for New England’s offensive line, but at pick No. 29 overall, he was viewed as the biggest reach of Round 1. The Patriots heard the same criticism about second-round wide receiver Tyquan Thornton, whom they traded up to take at No. 50 despite most experts having him pegged as a Day 3 prospect. And unlike Strange, the skinny, speedy Thornton is a departure from New England’s usual prototype at his position.

Even if Strange becomes a long-term starter for the Patriots — who’ve had great success at finding interior linemen in the mid-to-late rounds — he’ll be compared to the impact defenders they passed on to select him, including cornerbacks Trent McDuffie and Kaiir Elam and linebackers Devin Lloyd and Quay Walker. New England chose Thornton over more highly regarded wideouts George Pickens, Alec Pierce and Skyy Moore, who proceeded to come off the board in rapid succession at Nos. 51, 52 and 53.

Though the Patriots have pushed back at the idea that Strange and Thornton were “overdrafted,” their approach has been skewered by the national media, with ESPN’s Mel Kiper calling their draft the NFL’s worst.

Data compiled by Warren Sharp identified Strange and Thornton as the two worst values of Rounds 1 and 2 compared to pre-draft projections, with the former going 57 picks higher than his consensus rank and the latter going 67 spots earlier.

2. The Patriots went into the draft with two clear priorities:

Director of player personnel Matt Groh mentioned those particular attributes multiple times during his two draft-weekend video conferences, implying the Patriots believed they were lacking in both areas last season.

“That’s a good place to start,” he said, “with speed and toughness.”

To add speed to its offense, New England drafted the fastest receiver in this year’s class (Thornton, 4.27-second 40-yard dash) and the fastest running back (fourth-rounder Pierre Strong, 4.37 seconds). The Patriots also added a speedster to their secondary in third-round slot cornerback Marcus Jones, who didn’t test pre-draft as he recovered from double shoulder surgery but showed off his wheels as college football’s top return man.

“You look at a couple of the guys we added (Friday), a couple of the guys we added (Saturday), there’s some pretty fast times,” Groh said. “I’m sure you guys know them, looked them up. At certain positions, there’s only so many ways to handle speed, and these guys wake up every morning and they’re fast. It’s a great gift I was never fortunate enough to have. But we’re going to try and put them in the best position to use that speed and open things up for us.”

As for priority No. 2, Groh used the words “tough,” “tougher” and “toughness” a total of 16 times across his two pressers, particularly when discussing Strange. (“If you value toughness, which we do, you value guys like Cole Strange.”)

Marcus Jones and fellow corner Jack Jones (fourth round) also are known as physical cover men who play bigger than their size (5-foot-8, 174 pounds and 5-11, 177, respectively), checking that toughness box. And give another check to sixth-round running back Kevin Harris, a well-built bruiser of a rusher.

3. The most notable omission from New England’s draft haul was at linebacker, with the Patriots opting not to address what had been broadly viewed as one of their biggest roster needs.

They passed on more than a half-dozen starting-caliber ‘backers in the early rounds (Lloyd, Walker, Nakobe Dean, Chad Muma, Christian Harris, Troy Andersen, Leo Chenal) and chose to ignore the position on Day 3, as well, where they’ve often targeted linebackers for depth/special teams purposes. (They’ve drafted a total of 14 in Rounds 6 and 7 since 2000, by far the most of any position group in that range.)

The Patriots’ initial undrafted free agent class also did not include any off-the-ball linebackers.

While New England still could add bodies to this group through post-draft veteran free agency — for what it’s worth, Dont’a Hightower, Jamie Collins and Kyle Van Noy all still are available — its actions this weekend showed it doesn’t believe it needs any major upgrades.

Groh essentially said as much after Day 2, declaring he’s “really excited” about the Patriots’ current linebacking corps and raving about 2021 fifth-round pick Cameron McGrone, who didn’t play at all as a rookie as he worked his way back from an ACL tear.

With the Patriots re-signing Ja’Whaun Bentley and trading for Mack Wilson before the draft, here are the inside linebackers on their current roster:

Josh Uche also could factor into that mix, though most of his limited game action thus far has come as an edge rusher — a position the Patriots also eschewed in this draft despite questionable depth outside of Pro Bowler Matthew Judon.

4. This is an especially … shall we say, seasoned draft class. Here’s how old each Patriots draftee will be when Week 1 hits:

That’s three 24-year-olds and four 23-year-olds. Just two of the 10 started fewer than 22 games in college, and five started 33 or more, including Strange with 44 and Zappe with 50.

With the NCAA granting players an extra year of eligibility due to the pandemic, this year’s draft featured a larger overall pool of older prospects, and the Patriots traditionally have targeted players with multiple years of college starting experience.

In theory, these players should be ready to contribute sooner than their younger, less experienced counterparts. But the Patriots will need them to, since waiting several years for a 24-year-old to develop isn’t a viable option.

5. No, it wasn’t surprising to see the Patriots draft a quarterback, even with Mac Jones entering just his second pro season. That’s been their M.O. throughout Bill Belichick’s tenure, even when Tom Brady was an emerging superstar. But was Round 4 too early to do so when they had more pressing needs at other positions?

6. After zeroing in on prospects from name-brand programs in their blockbuster 2021 draft — when their top five selections were from Alabama, Alabama, Oklahoma, Oklahoma and Michigan — the Patriots cast a much wider net this year.

They drafted three players from outside of the FBS (Strange, Strong and Roberts) for the first time in the Belichick era, plus two more from non-Power Five schools (Marcus Jones and Zappe). There was no Bama, no Georgia, and no one from the SEC or Big Ten until Round 6 (they grabbed Harris, Hines and Stueber late on Day 3).

“We’ve got to cover every school and be on top of wherever there’s a player,” Groh said. “We’re going to go find them and we’re going to get to know them, and we’ve got to see how they would fit into our program and then what skills they have. It’s not just the Alabamas and LSUs. We’re happy to have a player from LSU and Arizona State and some of these big-name programs, but it ultimately comes down to the kid and the skill set and how they’re going to fit in, into our culture and into our scheme.”

Hines was a two-year starter at right guard at LSU, can play all three interior spots and has been compared to Shaq Mason. Stueber is a big (6-foot-7, 325 pounds) tackle/guard prospect who is sound in pass protection and was a favorite of Michigan’s coaching staff. He also has a wide-open path to a roster spot with only Justin Herron, Yodny Cajuste and Yasir Durant backing up injury-prone starting tackles Isaiah Wynn and Trent Brown.

Both rookies were viewed as potential fifth-round picks, and the Patriots got them in the sixth and seventh, respectively. They’ll be players to watch in training camp.

8. Groh was asked an important question after Round 7 concluded: Is the Patriots’ current roster better than the one they ended the 2021 season with? He called that a “complicated question” and gave a meandering reply that included the key line: “That answer has yet to reveal itself.”

“It’s just the team is still such a work in progress right now that it is really difficult (to answer that question),” he said. “We’ve had some needs. We’ve tried to address those needs. We’ve tried to get better. But there’s not a person who’s answering these questions for any team around the league that’s not saying the same thing. So I appreciate the question. It’s just a little difficult to answer right now.”

The 2021 Patriots went 10-7 and were blown out in the first round of the playoffs. They certainly could be a better team this season if young players like Mac Jones and 2021 free agents like Jonnu Smith and Nelson Agholor make strides in Year 2. 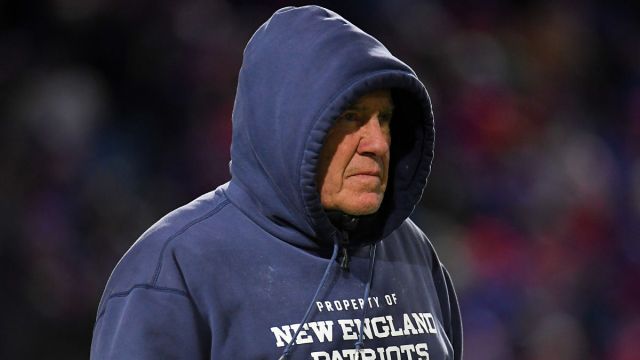 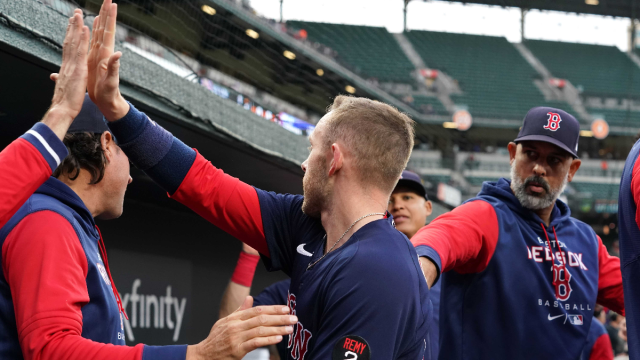