BOSTON — The Boston Celtics didn’t deserve to win Game 3 against the Miami Heat after allowing the visitors to come out and drop 39 points in the first quarter of their eventual 109-103 defeat at TD Garden on Saturday.

But despite the fact the Celtics may not have deserved to win, the hosts still had the opportunity to do so due to a second-half comeback which saw Boston cut its deficit to 93-92 with 2:40 left. And then Boston’s bigger issue came back to the forefront as the Celtics turned the ball over on consecutive possessions and ultimately helped Miami pull away.

The Celtics finished with 23 turnovers in the game while Jaylen Brown (seven) and Jayson Tatum (six) combined for 13 of them. It was their most ever as teammates, according to ESPN Stats & Info.

Brown finished with a game-high 40 points on 14-for-20 from the field.

Tatum said Boston’s unforced turnovers, along with those credited to Miami’s defense, made it difficult for the Celtics. He attributed it to about a 50-50 split.

Brown shared that he felt many of his individual miscues came due to his aggressiveness. The Celtics were forced to dig themselves out of a massive hole after trailing by 21 points after the opening 12 minutes and 26 points midway through the first half.

“I’m trying to be aggressive. I’m trying make a play for our team. We were down 25,” Brown said. “We were playing with a lack of emphasis, needed to play with some heart, some aggression.”

The Celtics cut their deficit to 15 at the half following a 10-0 run in the final 90 seconds of the second. They opened the third quarter and put pressure on, too, but again, a few ill-timed turnovers allowed the Heat to right the ship and push the lead back to 15 entering the final quarter.

“We continued to fight, and it seemed like every time we put ourselves in position, we turned the ball over,” Al Horford said after the loss. 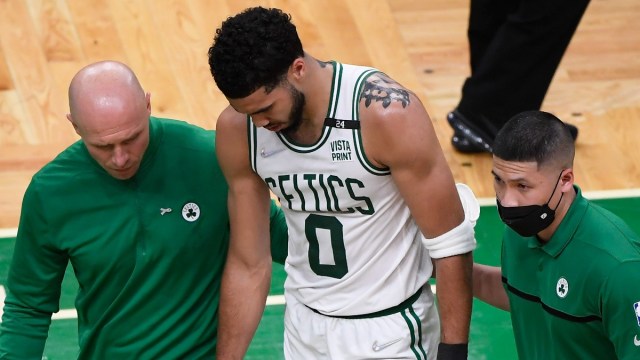 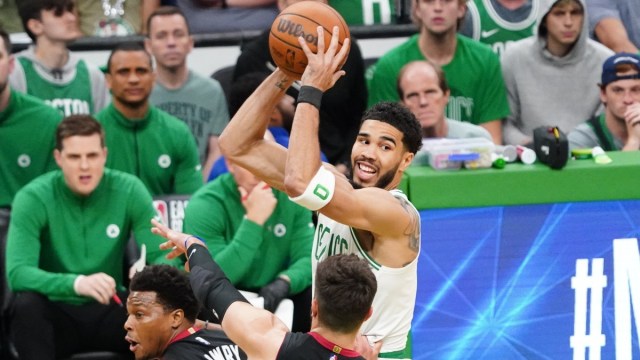