BOSTON — The Celtics entered Game 3 of the Eastern Conference finals against the Miami Heat with a perfect opportunity but let home court slip away just 48 hours after earning it as Boston was dealt a 109-103 defeat at TD Garden on Saturday night.

The Heat take a 2-1 lead in the best-of-seven series.

ONE BIG TAKEAWAY
When you play one quarter as bad as the Celtics did against a championship-caliber group, allowing the visiting Heat to take a 21-point lead after the opening 12 minutes, you have to be perfect the rest of the way in order to have a shot. Boston was far from perfect during the final three quarters as best depicted by their 23 turnovers. So, despite the second-half dramatics in which Marcus Smart and Jayson Tatum each emerged from the tunnel after respective injuries, the Celtics were not able to send Green Teamers home with a storybook comeback.

Boston scored as many field goals (5-for-18) as they had turnovers (five) during the opening frame as Miami went on to take a 39-18 advantage — again, 21-point lead in 12 minutes. That theme was present throughout as Boston had its third-quarter momentum halted due to costly turnovers, too. And the Celtics ultimately had their late surge in the fourth quarter end with consecutive turnovers after cutting their once 26-point deficit to 93-92 with 2:40 remaining.

The Celtics, who were quick to say how they won three of the four quarters in Game 1 defeat, now trail the best-of-seven series because of two terrible individual quarters.

STARS OF THE GAME
— Jaylen Brown led the way for the Celtics with 40 points on 14-for-20 from the floor including a 3-pointer that cut it to 93-92. Brown, like the rest of the team, though, was hindered by some turnover troubles. He finished with a team-worst seven giveaways as Tatum added six of his own.

— Bam Adebayo didn’t do much against the Celtics during each of the first two games in Miami, but the big man responded in a huge way Saturday. Adebayo hit five of his first six shots from the field, scoring 10 of Miami’s first 22 points of the game. Adebayo finished with a team-high 31 points on 15-for-22 from the field in 42 minutes.

— Kyle Lowry was a difference-maker for the Heat. The veteran guard, playing his first game in the series, was crucial in Miami building its lead. Lowry finished with 11 points and six assists in 29 minutes.

WAGER WATCH
For the third consecutive game, the Over hit in the Eastern Conference finals. It was set at over/under 208, according to DraftKings Sportsbook. This one, however, hurt much more than the previous two as the Over hit in the final 20 seconds of the contest.

UP NEXT
The best-of-seven will remain in Boston as the Celtics welcome the Heat back to TD Garden for a crucial Game 4 on Monday night. Tipoff is scheduled for 8:30 p.m. ET. 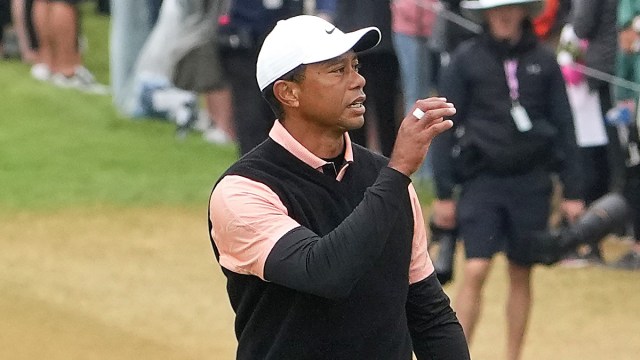 Tiger Woods Withdraws From PGA Championship After Poor Third Round 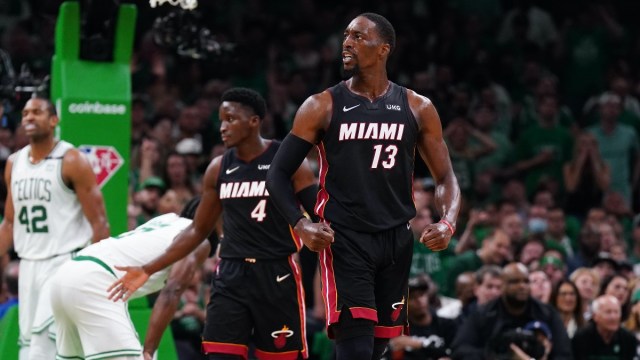