The New England Patriots cleared out some space in their suddenly crowded running back room Monday.

Two days after selecting South Dakota State’s Pierre Strong (fourth round) and South Carolina’s Kevin Harris (sixth round) on the final day of the 2022 NFL Draft, the Patriots released veteran ball-carrier Devine Ozigbo, according to a report from Pro Football Network’s Aaron Wilson.

Ozigbo spent the final two-plus months of last season on the Patriots’ practice squad and signed a future contract with the team in January. The 25-year-old Nebraska product previously played for the Jacksonville Jaguars and New Orleans Saints.

Strong and Harris join a well-stocked Patriots backfield headlined by Damien Harris and Rhamondre Stevenson, both of whom enjoyed strong 2021 seasons. Damien Harris again projects as New England’s lead back this season, but he is entering the final year of his rookie contract and could be a trade candidate if the Patriots’ rookies impress in the coming months. Stevenson, a 2021 fourth-rounder, was one of the NFL’s most effective first-year rushers a year ago.

Veteran third-down back James White re-signed on a two-year deal in March, but he has yet to be medically cleared as he recovers from season-ending hip surgery, per a report Sunday from ESPN’s Mike Reiss.

White’s 2021 understudy, Brandon Bolden, now is with the Las Vegas Raiders. Third-year pro J.J. Taylor, who’s attended throwing sessions with quarterback Mac Jones and Patriots receivers this offseason, is a candidate to fill that role, as is Strong, who garnered pre-draft praise for his pass-catching prowess.

Strong also was a highly productive rusher in the FCS, finishing with 1,686 yards (7.0 per carry) and 18 touchdowns last season. He’s arguably the fastest running back in this year’s draft class, too, running a position-best 4.37-second 40-yard dash at 5-foot-11, 207 pounds at the NFL Scouting Combine. 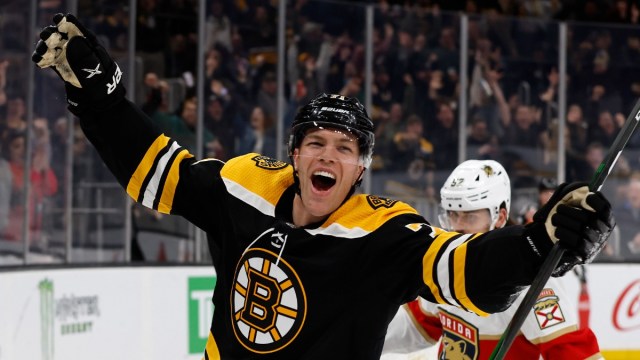 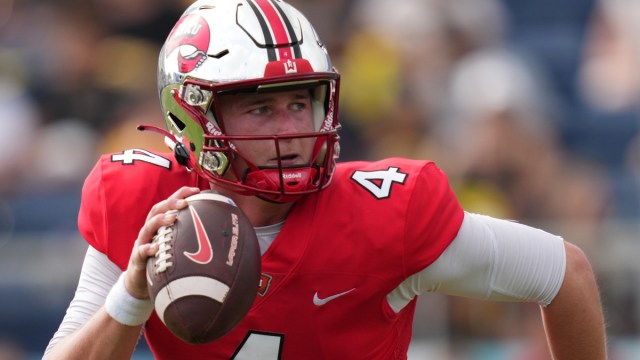