Red Sox Notes: Boston Hopes Win Can Be 'Beginning Of Something Good' Skip to content

The rain came down hard at Fenway Park on Monday, but the Red Sox were undeterred.

Boston broke a five-game skid, beating the Cleveland Guardians, 3-1, amid a 38-minute rain delay in the third inning and rain pouring down during portions of the final two innings. The win moves the Red Sox to 4-0 against Cleveland this season.

“Hopefully, this is the beginning of something good,” manager Alex Cora said, as seen on NESN’s postgame coverage. “It’s W, it’s a big W. And you know how I feel about that. We work so hard from 2:00 all the way to the last pitch to get that, and we’ll celebrate. We’re going to turn the page. We’re gonna be ready for tomorrow.”

Whether it’s superstition or not, the Red Sox continue to win while wearing their City Connect uniforms. Monday’s win moves Boston to 12-2 overall and 6-0 in 2022 when it wears the City Connect jerseys. Luckily for the Red Sox and their fans, the team will continue to wear the jerseys throughout the four-game series.

“We played good defense,” Cora said. “I think that was the difference. We turned some double plays. Obviously, Jackie made some nice plays in right field, and we grinded it out and at the plate. It wasn’t perfect, but when you go through stretches like this, you give yourself a chance playing defense. Christian (Vázquez) was great behind the plate. Xander (Bogaerts) and Yolmer (Sánchez) did an outstanding job up the middle — Yolmer with the at-bat, two strikes, it goes the other way. He puts the ball in play. It wasn’t perfect, but it’s a W, and we’ll take them.”

“It was one of those days with the rain coming down, we had a bit of a rain delay,” Verdugo told NESN’s Jahmai Webster, as seen on the network’s postgame coverage. “It’s tough to stay locked in the whole game, but for us, finally did a good job.

“Nick Pivetta came out today, pitched really well, kept us in the ballgame. Just having a close game like that felt good. To get those two runs and get the lead finally in the later part of the ballgame, it felt good. We’re excited, it’s been a while. We’re gonna take this one in, go out there tomorrow and try to win again.”

— Garrett Whitlock pitched his first back-to-back outing of the season. Through his two latest relief outings, he has pitched three innings while striking out four batters and giving up zero earned runs. The right-hander earned his second save of the season Monday night.

— John Schreiber earned his third win of the season. The right-hander came on in relief of Pivetta in the sixth inning. He went 1 1/3 innings, striking out two while giving up zero earned runs, which improved his ERA to 1.50 this season.

— For Pivetta, the Red Sox starter went 5 2/3 innings and struck out six batters on 95 pitches. Schreiber’s relief appearance came in a 1-1 game with runners on first and second. Pivetta spoke on the team win after the game.

“It was really good,” Pivetta said, as seen on NESN’s postgame coverage. “I think the energy that we brought today was really what we needed. Pitch one, really competitive AB — bullpen came in and did their job, just 1-2-3, really getting in there. And Schreiber picked me up at the end. It was really nice to see. It was just a team effort, fundamentally sound today.”

— The Red Sox will hope for five in a row against the Guardians on Tuesday. Full coverage of the game can be viewed on NESN 360 following an hour of pregame coverage. 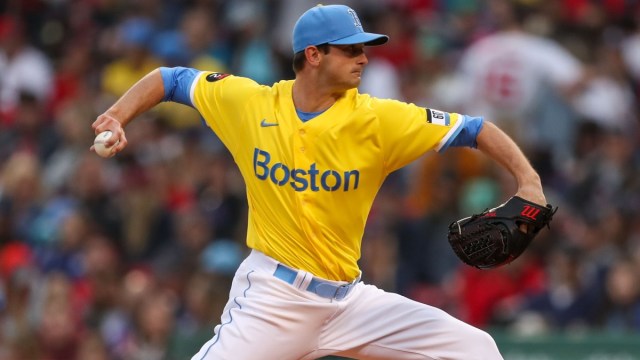 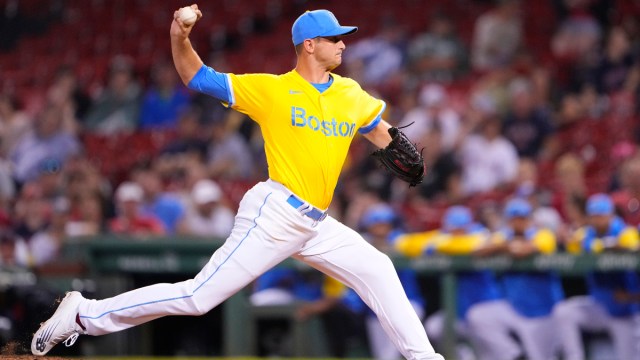