Aaron Judge is on a path to history, but the Yankees slugger could be on his way out of New York in 2023.

The 30-year-old outfielder is a pending free agent as he hopes to break Roger Maris’ single-season home run record. Judge stood at 55 prior to Tuesday’s matchup with the Boston Red Sox, just six shy of tying the record.

Of course, many Major League Baseball teams would love to have Judge on their team, and fans hope their team will be the one to land the American League MVP favorite, including the Red Sox.

However, ESPN analyst Tim Kurkjian made a case for this National League club to make a run at Judge.

“They’re (the San Francisco Giants) gonna have to go out and make a massive move in free agency,” Kurkjian said on KNBR’s “Murph & Mac” on Thursday, as transcribed by NBC Sports Bay Area’s Eduardo Razo. “I’m not suggesting for a second it’s going to happen, but Aaron Judge is exactly what they need as a free agent. They’re gonna have to pay him over $300 million to get him. But he’s having an MVP season for the Yankees.”

The move, in theory, makes sense for the Giants. They’re in a competitive NL West, and that doesn’t appear to be changing anytime soon. Mookie Betts and Freddie Freeman are locked up with the Los Angeles Dodgers, and the San Diego Padres have their trio of Juan Soto, Manny Machado and Fernando Tatís Jr. — pending the young outfielder’s 2023 suspension.

“He’s a free agent after the season. There’s no telling where he’s going to end up,” Kurkjian said. “So if the Giants are serious about trying to stay with the Dodgers and maybe even the Padres moving forward, they’re going to have to do something major, and that’s Aaron Judge certainly.”

If Judge does hit the market, it would make for an intriguing free agent market and would create a serious arms race for potential or want-to-be contenders. 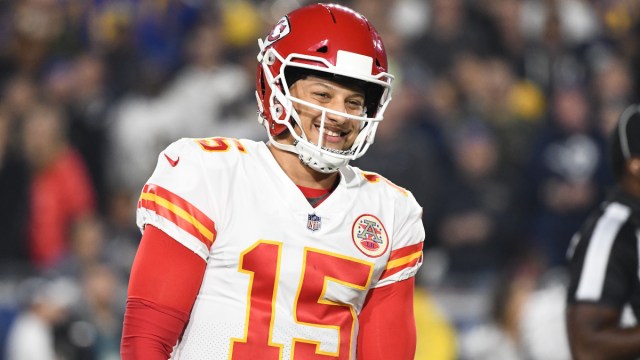 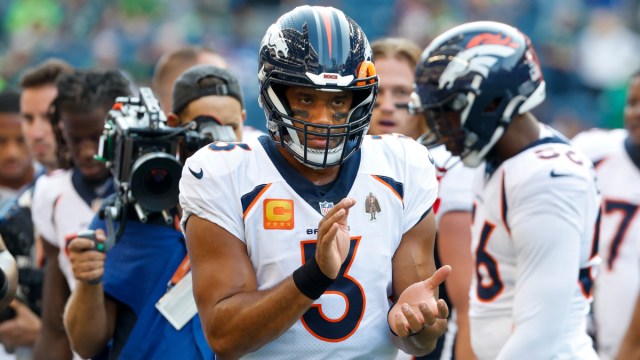 Broncos’ Russell Wilson Gets Booed (Loudly) In Return To Seattle