Who Is Celtics' Joe Mazzulla? Let His High School Coach Tell You Skip to content

Jamal Gomes has been around basketball practices for the majority of his life.

The head coach of the Bishop Hendricken High boys basketball team and former Stonehill College hoops star knows the intricate details to look for in a practice session, how it should be set up and how a coach should communicate with his players during it. But the practice Gomes attended Tuesday was much different than what he is used to.

Overlooking the court at the Auerbach Center, Gomes watched with pride as Joe Mazzulla, his former star player, conducted his first practice as the Boston Celtics interim head coach.

According to Gomes, the 34-year-old Mazzulla didn’t look overwhelmed by the moment despite his vast inexperience as he looks to lead a Celtics team with NBA title aspirations in the aftermath of the Ime Udoka scandal. Instead, Mazzulla took control of the biggest opportunity of his young NBA coaching career.

“When I watched that practice, I walked out of there amazed at the organization, the details, the focus, how he was able to gather the attention of some of the best players on the planet,” Gomes told NESN.com. “I was not surprised by it. I was very proud of it because that’s how he’s been brought up and that’s how he’s been taught. … I watched an entire practice and to me, it looked like it was 10-year veteran NBA coach running the practice. It was incredible.”

Gomes’ relationship with Mazzulla spans 20 years when the Celtics coach walked through the doors of Bishop Hendricken in Warwick, R.I. Mazzulla made Gomes’ varsity team as a freshman and showcased his stellar talent on the court. Gomes didn’t start Mazzulla in the first game of his freshman season, but quickly changed his mind after that contest and Mazzulla started every game for the rest of his career with the Hawks.

Gomes witnessed Mazzulla emerge into a “natural leader” on the court while in high school and become a player who “always had the attention” of teammates and coaches.

“I always felt like great players and great leaders, they know how to make everybody better around them,” Gomes said. “And he was outstanding at that at a very young age.”

Mazzulla, a two-time Rhode Island Gatorade Player of the Year, concluded his time at Hendricken with a magical performance in the state championship game. Fighting off an injury he sustained in a car crash, the guard netted 39 points, including hitting the game-winning shot in the final seconds, to lead his team to its third straight state title.

After the storybook ending, Mazzulla went on to have a strong career at West Virginia, where he also ran into some trouble that he addressed during Celtics media day on Monday. Shortly following his tenure with the Mountaineers, Mazzulla entered the coaching ranks, which didn’t come as a surprise to Gomes.

“I knew from a very young age when he was playing for us here at Hendricken here in high school, that he had an outstanding knowledge and understanding of the game of basketball, he had excellent leadership skills and a love for the game of basketball,” Gomes said. “I could tell at a very young age if that was the path he was going to choose someday that he would become an excellent coach. I could see that in some of the things he was doing back in the ninth and 10th grade.”

Mazzulla’s foray into coaching began with assistant jobs at the Division 2 college level before he served as an assistant for Boston’s G League affiliate, then known as the Maine Red Claws, for the 2016-17 season.

The Rhode Island native then ventured back to Fairmont State, a Division 2 program in West Virginia, in the spring of 2017 and took over as head coach of the Falcons for two seasons. Mazzulla made his way back to the NBA next, obviously doing enough to impress Brad Stevens to get hired by the Celtics as an assistant in 2019.

Three seasons on the bench of the Celtics under two different head coaches and now Mazzulla finds himself calling the shots from the sideline after the Celtics suspended Udoka for the entire 2022-23 season due to violations of team policies. Mazzulla’s rapid rise into the position certainly is untraditional but he’s looking to make the best of it by using a favorite saying from his late father: “It is what it is.”

“I think in many ways, Joe kind of lives by that,” Gomes said. “This is an opportunity. You can’t pick and choose your opportunities. Sometimes they just happen and it doesn’t always happen the way that you want it to happen. … That’s his mindset.”

Gomes talks regularly with Mazzulla, mainly just catching each other up on their lives, and the two had a conversation once Mazzulla was named interim head coach. It was during that phone conversation Gomes earned the invite to Boston’s first practice of the season, which also allowed Gomes to sit in on a meeting Mazzulla held with his fellow coaches.

Gomes said Mazzulla has the trust of Stevens, who is in his second season as Celtics president of basketball operations. The players on the Celtics have confidence in Mazzulla to do the job as well.

“He’s a guy that’s paying attention to everything,” Malcolm Brogdon said at media day on Monday. “He’s a guy that’s incredibly locked in and intelligent. Then I’ve heard from the players, the players respect him and love him. His ability to put together scouts, I heard, against Miami and against a few teams last year in the playoffs were brilliant. And he’s got that reputation around the league, as well, as I’ve talked to people. So I think he’s a guy that’s ready for this opportunity and is going to thrive in it.”

Being detailed-oriented will aid Mazzulla as he’s the youngest coach in the NBA this season. Getting coached by Bob Huggins at West Virginia and learning from the likes of Stevens and Udoka during his time as an assistant will be crucial in helping him make this gargantuan leap.

Gomes knows Mazzulla’s knowledge of the game and work ethic will be there, but the most important factor preparing Mazzulla for this massive opportunity is the aforementioned trust he has cultivated with the players on the Celtics.

“He understands the importance of relationships,” Gomes said. “He’s built really strong relationships with the players over the past three years. And that’s going to help him now that he’s moved over a couple of seats and has become the head coach.” 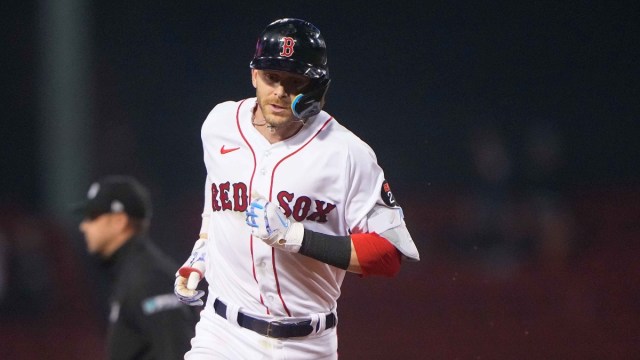 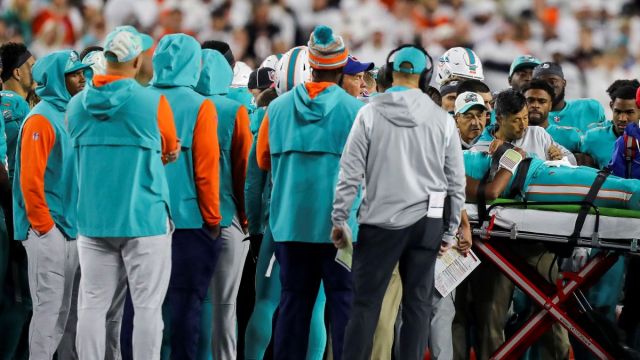