The “Attitude Era” will go down as the one of the most popular and most profitable times in the history of WWE.

The “Golden Era” highlighted by Hulk Hogan rivals that distinction, but the “Attitude Era” came at a time when the company competed against rival promotion WCW. WWE’s success during this time period helped it win the “Monday Night War,” and it was thanks in large part to the star power the company possessed at the time.

But before getting into those specific stars, it’s important to make distinction of what time period the “Attitude Era” took place in. It’s generally agreed upon the “Attitude Era” took place between the 1997-2002. The era began with “Stone Cold” Steve Austin getting his push off his iconic “Austin 3:16” promo at “King of the Ring” in 1996 and leading to “WrestleMania 13” in 1997, and the year was also highlighted by the Shawn Michaels’ and Bret Hart’s “Survivor Series” match that ended with the “Montreal Screwjob,” which gave rise to Vince McMahon’s “Mr. McMahon” character.

The end of the era could arguably be “WrestleMania 17” with Austin’s heel turn, but in general, the era ended when the “Ruthless Aggression” era was ushered in in 2002.

Now that the background has been established, let’s get into the best wrestlers of the era. But first, an honorable mention.

The Undertaker
An iconic character who has been part of countless iconic matches, but The Undertaker’s in-ring work left a lot to be desired in this time period. The matches contained memorable moments, but they were not always a joy to sit through. Also, the Ministry of Darkness, later The Corporate Ministry, represented the worst parts of the “Attitude Era.” Yes, everyone remembers McMahon’s “it was me Austin” line when he revealed himself to be the mysterious “Higher Power,” but what many forget was how anti-climatic the reveal was. Also, his “American Badass” character, followed up by his heel persona of “Big Evil” are forgettable parts of Undertaker’s career. So, that’s why he just misses the cut for the top five.

5. Kurt Angle
The Olympic gold medalist’s 1999 rookie year remains the, pun-intended, gold standard of rookie years for non-wrestlers transitioning into the world of pro wrestling. Angle was simply a natural from the jump and put on incredible matches with Chris Jericho and Chris Benoit. Angle also grew on the mic and showed versatility as a babyface or a heel. His theme song could elicit cheers or prompt a crowd to chant “you suck” at the “American Hero.” There simply weren’t many wrestlers in WWE’s main event scene at the time like Angle, and whenever he stepped into the ring, he proved he belonged with the best.

4. Mick Foley
Foley commanded the most iconic moments in the company’s history. His 1997 Hell in a Cell match against The Undertaker is the pinnacle of the industry as Foley quite literally put his life on the line that night. Foley won the WWE title on Jan. 4, 1999 in one of the best moments in “Raw” history. The moment was not only an underdog moment for Foley, but it’s also marked by then head of WCW, Eric Bischoff, spoiling the taped moment and mocking Foley for winning the world title, which blew up in Bischoff’s face. “The Hardcore Legend” put his body on the line in every big match, and he showed versatility with his “three faces of Foley,” portraying Cactus Jack, Dude Love and Mankind. Foley was an innovator of who could be a top star in WWE, and his legacy in the business will never be forgotten.

3. Triple H
There simply are very few wrestlers in the history of WWE people hated more than Triple H. While some may remember him for his hijinks with D-Generation X, his best work was as a heel. His kayfabe marriage to now wife Stephanie McMahon made you hate Triple H even more. His heel work on the mic and in the ring did well to not only boost himself as a performer but also elevated those he was working with, his feud with Foley being a good example of that. His work with Austin and The Rock were iconic, especially his Three Stages of Hell match against Stone Cold at “No Way Out” in 2001.

2. The Rock
It’s a common thing to mention in The Rock’s story, but his career was off to a rough start when he made his WWE debut in 1996 as Rocky Maivia. His inclusion with The Nation of Domination helped his career and turning babyface after leaving the group was the beginning of his stardom. However, it wasn’t until “Survivor Series” 1998 where The Rock turned heel and became the “corporate champion” when the rocket ship was put on him. Of course, his feud with Austin defined the “Attitude Era” and for good reason. They delivered on the mic and in their matches to provide the best pops from the crowd. Outside of the ring, The Rock was just money on the mic. His charisma could make some of the gibberish he would say into gold, and he delivered some of the most iconic and hilarious lines in the company’s history.

1. “Stone Cold” Steve Austin
If there is feud that could rival or could be argued was better than Rock-Austin, then it’s Austin versus McMahon. There has not been a bigger babyface in WWE history than Stone Cold. Fans vicariously lived through him — wanting to be the guy who beat up and embarrassed his boss for a living. Austin was a walking ATM for WWE. He could make money on the mic and in the ring with top matches against The Rock or Triple H. Whether it was “Royal Rumble,” “WrestleMania,” or a house show, Austin delivered, and there was simply nothing like hearing a crowd roar after hearing the glass shatter before his theme music. 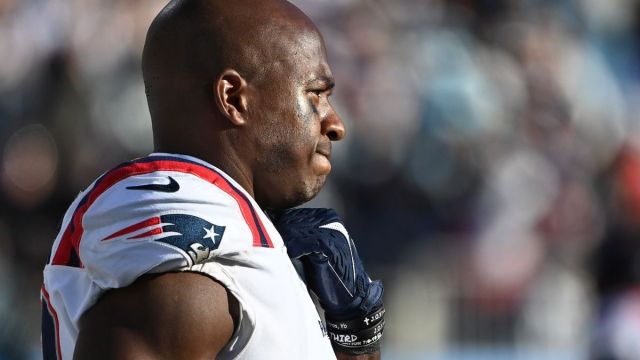 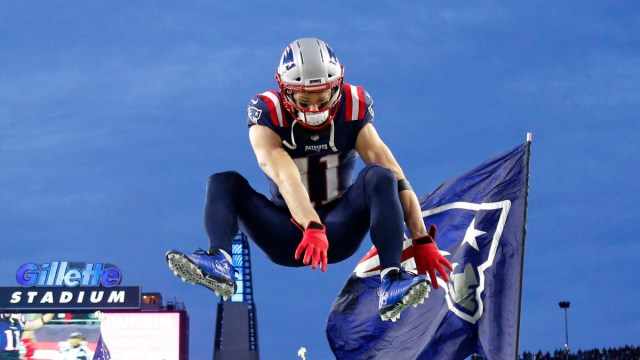