The Red Sox figure to be active this Major League Baseball offseason.

But keep in mind: There’s more than one way to skin a cat.

While most headlines will center around Boston’s own free agents (namely Xander Bogaerts and Nathan Eovaldi) and the biggest names available on the open market (Aaron Judge, Carlos Correa, Trea Turner, Dansby Swanson, Jacob deGrom, Justin Verlander, Carlos Rodón, etc.), the Red Sox presumably will leave no stone unturned in their quest to improve the roster for 2023 and beyond. And that means searching for potential bargains, as well.

So, with that in mind, here are five under-the-radar free agents the Red Sox could consider signing in the coming weeks/months, taking into account both Boston’s needs and the players’ potential fit.

Aledmys Díaz, IF
If Bogaerts walks in free agency, the Red Sox have several shortstop options: Pivot toward a high-profile replacement, find a low-profile stopgap or move Trevor Story to the other side of the bag and peruse the second baseman market. Díaz represents a decent fallback — an additional infield depth option — in that he’s played all over the diamond, even logging some time in left field.

Obviously, the Red Sox would be expected to reallocate whatever money they saved by not re-signing Bogaerts — perhaps on a pitcher and/or an outfielder — to justify going the depth-over-flash route in the middle of their infield. But Díaz has been a valuable contributor on playoff teams, having spent his last four seasons with the Houston Astros, and should continue to be an asset thanks to his versatility and offensive production.

Adam Duvall, OF
The Red Sox need an outfielder, assuming Alex Verdugo and Kiké Hernández patrol the other two spots on the grass in 2023. They also need to infuse some power into their lineup after finishing 20th in home runs in 2022. Enter Duvall, a right-handed-hitting slugger whose earning potential likely is suppressed by him appearing in just 86 games last season.

Duvall isn’t without flaws, most notably his propensity for striking out. And he struggled in 2022 before undergoing season-ending wrist surgery. But Duvall hit 38 home runs, compiled a National League-leading 113 RBIs and won a Gold Glove Award for the Atlanta Braves in 2021. That feels like a Hunter Renfroe-esque profile, albeit with a few more trips around the sun as Duvall enters his age-34 season.

Roberto Pérez, C
Three catchers keep coming up in speculation: Willson Contreras (the best available in free agency), Sean Murphy (the best available on the trade market) and Christian Vázquez (a Red Sox fan favorite). But Boston instead might lean on its internal options, Reese McGuire and Connor Wong, or consider dipping into the next tier of backstops, a group that includes Pérez.

Pérez, who turns 34 in December, appeared in just 21 games with the Pittsburgh Pirates last season due to a hamstring injury. He also was brutal offensively in 2020 and 2021. But Pérez earned two Gold Glove Awards in his eight seasons with Cleveland and smacked 24 home runs in 2019. The Red Sox could use him as a right-handed-hitting platoon partner alongside the left-handed-hitting McGuire.

Seth Lugo, RHP
MassLive’s Chris Cotillo reported after the MLB general managers meetings in Las Vegas, citing sources, that Boston poked around early on Lugo, in addition to left-hander Andrew Heaney. Lugo spent time as a starter and a reliever during his seven-year run with the New York Mets, and the Red Sox could value that versatility at a time when they’re facing questions in both the rotation and the bullpen.

Lugo, entering his age-33 campaign, worked exclusively as a reliever the last two seasons. The right-hander throws a five-pitch mix that includes a mid-90s fastball and a curveball that ranked in the 99th percentile in spin rate in 2022. He misses bats and induces plenty of ground balls, an enticing skill set as Boston looks to bolster its pitching staff.

Matthew Boyd, LHP
Boyd, a longtime starter with the Detroit Tigers, appeared in 10 games as a reliever with the Seattle Mariners last season, during which he registered a 1.35 ERA and 0.98 WHIP while striking out 13 batters over 13 1/3 innings. He might earn another look as a starter — a role in which he’s had occasional success thanks to his swing-and-miss stuff — or turn a new leaf out of the ‘pen, where his fastball showed good spin in 2022. Like with Lugo, Boston could value the flexibility and upside Boyd offers at a reduced rate. 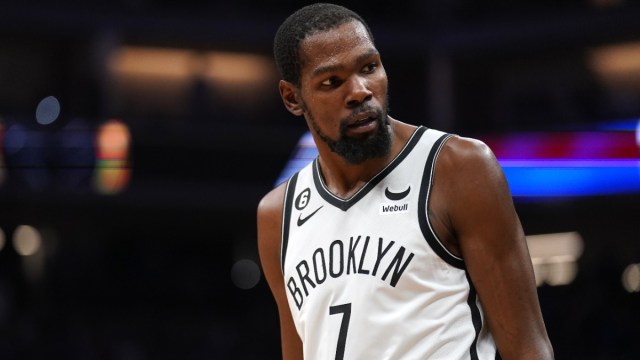 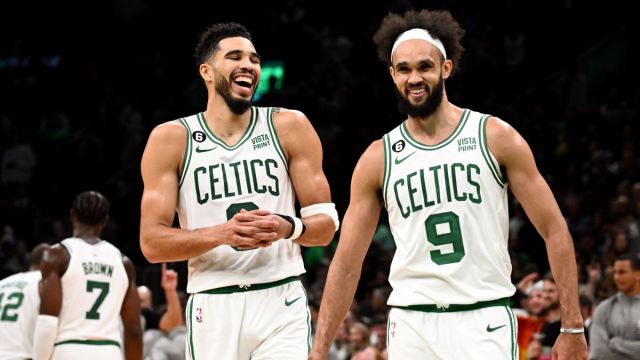 Jayson Tatum Made This Bet With Celtics Teammate Derrick White