Jayson Tatum and Kevin Durant are two of the best players in the NBA, but the duo have a bond much deeper than just that.

The Boston Celtics took care of business yet again against the Brooklyn Nets on Sunday night, earning a 103-92 victory at Barclays Center. Tatum helped lead the charge as he finished with 29 points, while Durant led the Nets with 31. This, of course, continued the Celtics’ dominance over the Nets dating back to the playoffs last season when Boston swept Brooklyn in the first round.

Despite the dominance, Tatum has nothing but love to share for his “brother” Durant.

“That’s like a brother to me,” Tatum said, per the NBC Sports Boston video. “Somebody I’ve gotten really close with. Obviously competed against a lot in the playoffs recently. Known since I was in high school, won a gold medal with, worked out with a lot this summer. So somebody that I respect a lot, you know. We talk often. And those matchups always you enjoy. Somebody that has played at a high level — the highest level — for as long as he has. Brings the best out of you. So you always enjoy those matchups with one of the best players to ever play.”

Tatum and Durant have grown close, especially after being teammates on the 2020 United States men’s national basketball team which, as Tatum noted, won the gold medal. Working out together in the offseason can receive some credit as to why Tatum has started the season on an MVP-level pace.

The Celtics are back in action Monday as they take the Toronto Raptors. Tip-off is set for 7:30 p.m. ET. 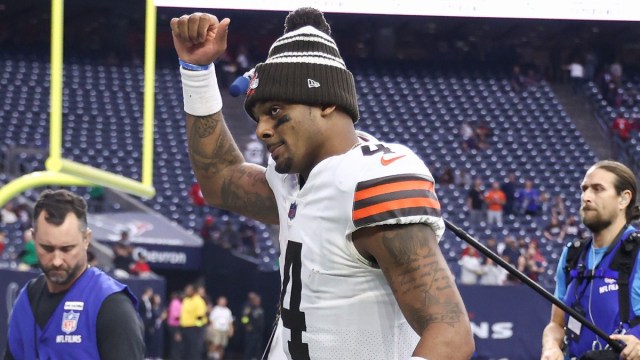 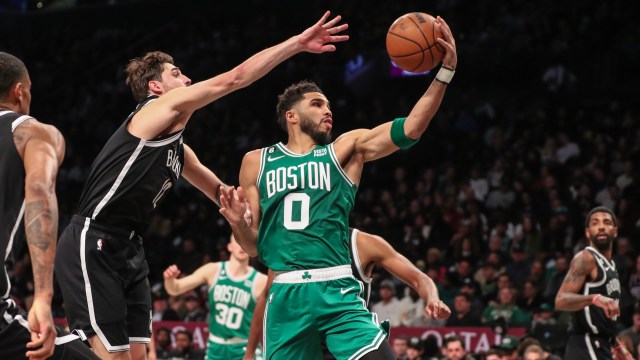