In March 2021, the New England Patriots handed out a pair of $12.5 million-a-year contracts to the two best available tight ends, Hunter Henry and Jonnu Smith.

Two years into those deals, the duo’s production hasn’t come close to matching their price tags.

Smith has been an out-and-out flop, totaling 55 catches for 539 yards and just one touchdown over 30 games for the Patriots. He had eight scores for Tennessee in the 2020 season alone.

Henry enjoyed a strong debut season in New England, catching nine touchdown passes as Mac Jones’ top red-zone weapon, and has been far more durable than he was during his five-year stint with the Chargers. But he regressed in Year 2, posting his lowest catch-per-game and yards-per-game averages since his rookie year, finding the end zone just twice.

Football Outsiders’ DYAR, which measures an individual player’s overall value, ranked Henry 13th and Smith 41st among the 48 tight ends who saw at least 25 targets this season. Henry had the highest salary cap hit ($15 million) of any player at his position, and Smith had the eighth-highest ($8.4 million) after agreeing to a restructure that all but guarantees him a spot on the Patriots’ roster in 2023.

Though Smith has been a major disappointment thus far, cutting him this offseason would actually subtract $1.8 million from New England’s 2023 cap space and come with a massive $19 million dead money charge. Waiting until after June 1 to release him would create $4.6 million cap savings but more than $12 million in dead money this year and $6 million next year.

Neither of those is a viable solution. The Patriots are more likely to cut Henry ($10.5 million in cap savings; $5 million in dead money), who’s been far more productive than his position mate. In all likelihood, both will be on the team next season, meaning the Patriots simply will need to find a better way to utilize them.

Fortunately for New England, its new offensive coordinator has a history of maximizing tight end talent.

On the heels of the failed 2022 Matt Patricia/Joe Judge experiment, the Patriots on Tuesday reportedly hired Bill O’Brien as their OC for the upcoming season. Fans surely know by now that O’Brien was with the Patriots in that same role about a decade ago, and they’ve likely heard about how he briefly overlapped with quarterback Mac Jones at Alabama.

But his lone season as the Patriots’ official offensive coordinator — the 2011 campaign that ended with a Super Bowl loss to the New York Giants — also was one of the best ever by an NFL tight end room.

With O’Brien calling plays, Rob Gronkowski and Aaron Hernandez combined for 169 catches, 2,237 yards and 24 touchdowns — historic numbers for a tight end tandem. They added another 36 receptions for 446 yards and five scores in the playoffs, and that was with Gronkowski essentially playing on one leg in Super Bowl XLVI.

Gronkowski, who set career highs for catches (90), yards (1,327) and touchdowns (17) that season that he never surpassed, raved about O’Brien this week, saying he was the perfect hire for the Patriots.

“I love Bill O’Brien,” Gronkowski said on “Up & Adams” with Kay Adams. “I love playing for him. … He’s going to put his players in the best position to make plays. He’s going to come up with some creative ideas, and I think they’re going to definitely improve as an offense, tremendously, under Coach Bill O’Brien.

“That’s who the Patriots had to get. They had to get Bill O’Brien. That’s who they needed to get to restore to back in the old days where they were at on the offensive side of the ball. And they got their guy.”

O’Brien wound ways to effectively deploy Gronkowski and Hernandez on the field together in various alignments, occasionally having the latter run routes or take handoffs out of the backfield. The Patriots have dabbled in two-tight end looks over the last two years but haven’t utilized them nearly as frequently or successfully as expected. Even after ditching the fullback position, the Patriots put Henry and Smith on the field together on just 18% of their offensive snaps this season, according to the NFL’s official snap count data.

That’s not to say O’Brien will suddenly morph Henry and Smith into Gronk-Hernandez 2.0. Even former coordinator Josh McDaniels couldn’t get much out of Smith in 2021, and he and O’Brien have similar offensive philosophies. But his arrival at least provides a reason for optimism for that underperforming position group.

Jones, who reportedly is “very” excited to work with O’Brien, seemingly would welcome a more prominent role for tight ends in New England’s passing game. He hinted several times this season that he did not believe Henry and Smith were being used properly.

“They’re really some of our best players right there,” Jones said in late November. “They provide, obviously, the ability to block but also to run and catch passes. So two really smart football players. Definitely great to have them on the field together. Definitely provides good stuff that we can do and then it makes the defense — it’s hard for them. It’s a challenge for them. So I definitely enjoy those guys.” 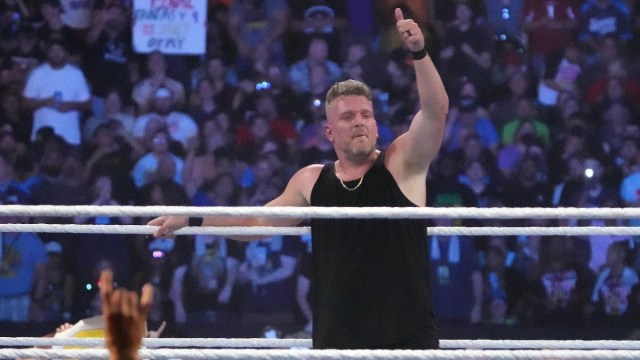 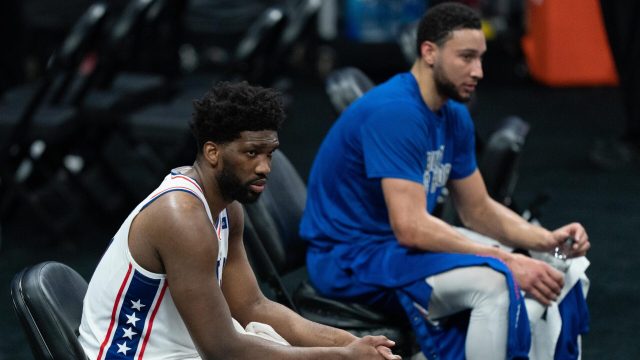 Nets-76ers Preview: Ben Simmons is Back, Back Again