The North Carolina Tar Heels (6-5) head to Carter-Finley Stadium to take on the NC State Wolfpack (8-3) in ACC action on rivalry weekend.

NC State is only partially in control of its destiny. The Wolfpack earn a spot in the ACC championship game with a win Saturday and a Wake loss to Boston College. They’ve been a solid, well-coached team under Dave Doeren. Both sides of the ball are effective â the offense ranks 32nd in scoring with 33.0 points per game, while the defense rests at 13th with 18.7 allowed.

Quarterback Devin Leary has been a breakout star in the ACC, throwing for 3,186 yards to pair with 31 touchdowns and only five interceptions. Leary should find success against a beatable Tar Heels defense allowing 31.4 points per game. UNC has had trouble getting stops all year long, allowing 6.0 yards per play.

Sam Howell is tentatively expected to return under center after missing last week’s cakewalk over Wofford. The entire offense revolves around the running game setting up the RPO-centered passing game. They could have trouble in the traditional rushing game against an effective NC State front allowing only 108.4 rushing yards per game and 3.4 yards per carry. Howell gives UNC an untraditional rushing prowess via his dual-threat capabilities, but it remains to be seen how willing he is to run after missing last week’s game.

NC State is the deserved favorite. They’re at home and are the more balanced team. That being said, they could play a little tight given the extra pressure on their shoulders (rivalry game, must-win to stay alive in the conference race). We don’t see a significant enough edge on either side to recommend an official play. 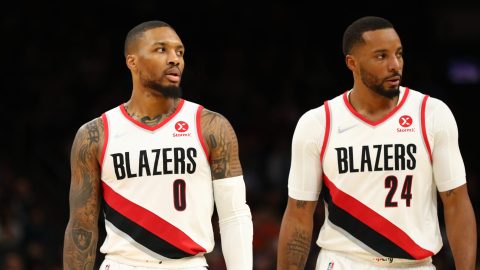