Adam McQuaid picked a good day to notch his first career NHL goal and Tuukka Rask picked a perfect game to stand on his head.

The rookie defenseman scored Boston's first goal of the afternoon while Rask earned his third shutout of the season as the B's topped the Canadiens 3-0 in Montreal to snap their 10-game losing streak.

With the win, Boston ended its longest losing streak in franchise history since 1925 when they lost 11 straight.

Headliner: Tuukka Rask kicked aside all 36 shots he faced, including 15 in the second period alone, to pick up his 11th win of the season and his fourth career shutout. It was Rask's second straight start and his first career win over the hated Montreal Canadiens.

Marco Sturm netted his 17th and 18th goals of the season to pace the B's offense while Patrice Bergeron bagged a pair of assists and now has a team-high 36 points.

Grinder: Adam McQuaid popped his first career NHL goal 17:32 into the first to give Boston the early lead. McQuaid's slapper from the point redirected off the stick of a Habs defenseman and past keeper Jaroslav Halak.

Key Moment: Marco Sturm — one of three Bruins forwards swarming the front of the net at the time — buried a juicy rebound with just 3.2 seconds remaining in the first to give the B?s a 2-0 lead heading into intermission. Sturm would later add his team-leading 18th tally of the season in the final frame.

What?s Next: The Bruins continue their lengthy road trip with a stop in Buffalo on Tuesday night to take on the Sabres.

The B?s won?t play another home game until March 2 as they?ll be embarking on a two-week break for the Olympics following their current four-game road trip.

Boston fell 2-1 to the Sabres back on Jan. 29 in Marc Savard?s return to the lineup. Buffalo leads the Northeast Division with 71 points, one point more than second-place Ottawa.

Magic Storm Back With Huge Third Quarter to Top Celtics 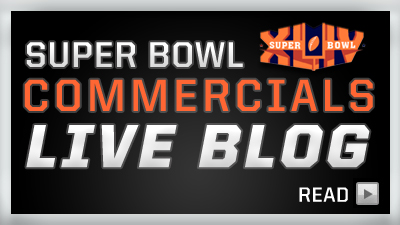