Postgame, Red Sox 6-1: There has been a buzz surrounding Jose Iglesias since the Red Sox signed him to a free agent deal last year. That buzz will only grow now that the 20-year-old shortstop has had such a smashing debut.

In his first at-bat in a Red Sox uniform, Iglesias, who has a reputation as a pull hitter, ripped a three-run double into the corner in left. It was the key hit in an easy win for the Sox, who also have to like what they saw in a few of the arms vying for a spot on the roster.

Boof Bonser, Michael Bowden and Junichi Tazawa each had perfect innings and combined for four strikeouts.

While the tradiation of playing the city’s college teams is nice, it will be great to see the Sox stack up against some major league talent and they will Thursday night against the Minnesota Twins. Josh Beckett will get the start and Tim Wakefield will also appear in the first of seven meetings in this heated race for the Mayor’s Cup.

Red Sox 6-1, Final: The Red Sox are now 20-0 all-time against Boston College and finish the collegiate doublheader with a pair of wins by a combined score of 21-1.

Rando Bierd looks solid in his first showing of the spring. He strikes out the first two and gets a nice play by third baseman Yamaico Navarro to end it.

End 6th, Red Sox 6-1: The Eagles are down to their last three outs and the deficit is a bit bigger after an error on center fielder Robbie Anston helps the Sox tack on another run.

BC will take its last licks against Randor Bierd, who sounds a lot like a mythical dragon than he does a candidate to stick with the big club. Just a great name.

Bierd, who turns 26 later this month, appeared in 29 games out of the bullpen for Baltimore in 2008.

Mid 6th, Red Sox 5-1: Fabio Castro sets the Eagles down 1-2-3, sneaking an 86 mph fastball by John Spatola for his one strikeout.

Castro is one of five lefties on the Red Sox’ 40-man roster, but figures to only see action with the big club as a spot starter in the event of a mass of injuries.

They will now face Fabio Castro, a tiny lefty who has appeared in 30 major league games with Texas and Philadelphia.

Mid 5th, Red Sox 5-1: Coming off a difficult season, lefty Kris Johnson gets an inning of work for the Sox and instantly struggles.

Johnson, who went a combined 3-16 with a 6.35 ERA at Portland and Pawtucket last year, hit one batter and gave up two singles, the second of which plated the Eagles’ first run.

There are no Red Sox regulars in the game anymore, so it’s time to devote all your attention to the minor leaguers. Fabio Castro and Randor Bierd are scheduled to follow on the mound for the Sox.

End 4th, Red Sox 5-0: The Sox get three more on a bases-clearing double by Jose Iglesias, whose glove takes a back seat to his bat for the time being.

The line drive into the corner in left came off Dave Laufer, who tossed 1 2/3 innings in BC’s memorable 25-inning loss to Texas in last year’s College World Series.

Laufer gave up a single to Jason Varitek and walked two others before the hit by Iglesias.

Mid 4th, Red Sox 2-0: You know it’s March when you see a pitcher take the mound wearing No. 97. That number is on the back of Kyle Weiland, who was given a non-roster invitation to try to build on a solid season at Class A+ Salem.

Weiland walked Robbie Anston to start the inning, giving the Eagles their first baserunner, and then allowed a single to right fielder Mike Sudol for BC’s first hit.

The Notre Dame product with a somewhat odd delivery settled down by fanning John Spatola for the first out. He was then given some help when Jason Varitek picked off Anston at second base for the second out and then threw out Sudol attempting to steal to retire the side.

Jose Iglesias with a nice scoop and tag on Varitek’s throw in the dirt.

End 3rd, Red Sox 2-0: The Sox add another run in the third and we get our first live glimpse of highly touted shortstop Jose Iglesias as he runs for Marco Scutaro after the veteran gets on with an infield single.

Iglesias is quickly erased when Dustin Pedroia grounds into the Red Sox’ second double play, but Ryan Kalish scores from third on the play and we really want to see Iglesias in the field anyway. He is quite a wizard with the glove and will now get his chance to show us his stuff.

By the way, it’s great to hear Jerry Remy and Don Orsillo laughing about some of the defensive metrics that are all the rage right now. If you close your eyes it almost feels like a hot July night.

Mid 3rd, Red Sox 1-0: Junichi Tazawa’s first outing of the season goes a bit better than the last couple of times we saw him in a Red Sox uniform.

Pumping in primarily fastballs which topped out at around 91 mph, Tazawa fans Marc Perdios and Andrew Lawrence before fielding a hot comebacker to retire shortstop Brad Zapenas.

Just to clarify an earlier post, I did credit Dustin Pedroia with a double back in the first inning but it was ruled a single and an error on the right fielder. We’re all in preseason form.

Kowalski issues the game’s first walk to Jeremy Hermida, who is promptly doubled up when Tug Hulett grounds into a 4-6-3.

Josh Reddick also grounds to second and Kowalski has a pretty easy frame.

Mid 2nd, Red Sox 1-0: The top of the second gives us a nice glimpse of Ryan Kalish’s speed.

One of the Red Sox’ top positional prospects, Kalish tracked down a drive off the bat of Stoneham’s Mickey Wiswall with ease in the right-center field gap.

The drive came against Michael Bowden, whose role with the Sox remains up in the air at this point. He projects to someday be a starter in the majors but obviously there is no room in the rotation for him right now, and it remains to be seen whether having him in the bullpen to start the season is the best move for the team.

Bowden works a perfect second and the first six Eagles have been set down in order.

End 1st, Red Sox 1-0: Marco Scutaro’s first at-bat as a Red Sox results in a grounder to third base off of Boston College senior Geoff Oxley.

Oxley and Dustin Pedroia get into a nice little battle after that as the Eagle worked back from a 3-1 hole before Pedroia doubled on Oxley’s seventh delivery of the at-bat.

Pedroia was tied for third in the American League with 48 two-baggers in 2009.

Kevin Youkilis wasted no time singling in his first trip to drive in Pedroia, and Adrian Beltre jumped on Oxley’s first offering in a flyout to right.

Jason Varitek, who hit .200 against righties in 2009, whiffed to give Oxley something to remember.

Mid 1st, 0-0: There were no Johnny Ayers moments in the first half inning, but the Eagles nearly managed a couple of hits.

Robbie Anston just missed extra bases on a ball that was barely foul down the left field line, and Mike Sudol got good wood on a liner that Dustin Pedroia backhanded.

Pedroia had a pair of putouts in a 1-2-3 first inning for Bonser, who got his fastball up near 90 mph and struck out Anston on what looked like a pretty sharp split or change.

Get ready for Marco Scutaro’s debut in a minute or so.

6:04 p.m.: Quite a few bundled up fans at City of Palms Park on what is a breezy evening.

5:49 p.m.: A few readers seem to be going back and forth about the TV listings. Just to clarify, the BC game will be televised on NESN at 6:00 p.m., so tune in and follow along there. Don’t forget the laptop!

5:30 p.m.: This just feels right, doesn’t it? As drizzle and cold winds blanket Boston, the Red Sox are giving us a preview of things to come by playing under the lights in Florida.

Following the 15-0 pasting of Northeastern University, the Red Sox are getting set for the second half of the collegiate twinbill against Boston College.

Boston’s starting lineup is listed below.

10:17 a.m.: Boof Bonser will be on the hill in a major league uniform for the first time since Sept. 27, 2008, when he gets the start for the Red Sox in their annual exhibition game against Boston College.

The first pitch by Bonser will be delivered at around 6:05 p.m. at City of Palms Park, and we will follow all the in-game action right here.

Bonser, fighting for a spot in the Sox’ bullpen, missed all of 2008 following rotator cuff and labrum surgery. He is slated to be followed by Michael Bowden, Junichi Tazawa, Kyle Weiland, Kris Johnson, Fabio Castro and Randor Bierd.

The Sox won last year’s seven-inning affair 7-1. This is the 20th meeting between the teams.

Senior Geoff Oxley will start for the Eagles, who are 3-3 this season after a 14-6 win over Missouri on Sunday. 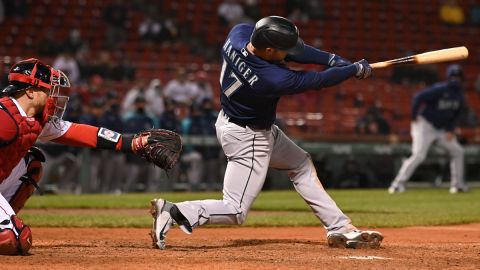 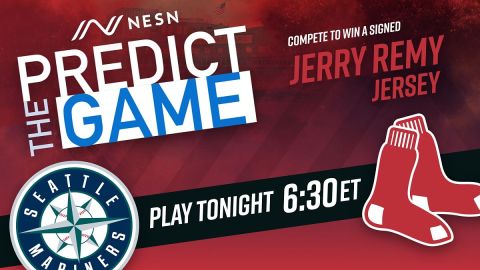