In terms of talent and potential, the Patriots could possibly have the deepest pool of safeties in the NFL.

Brandon Meriweather, James Sanders, Patrick Chung and Brandon McGowan all bring something unique to the field, and they can be used in a variety of ways. How, then, can the Patriots best use their four safeties in 2010?

Meriweather became the full-fledged leader of the group after Rodney Harrison's retirement in 2009, earning his first trip to the Pro Bowl after his most electrifying season. Meriweather is the secondary's biggest playmaker, an enforcer who can deliver a punishing hit or pick off a pass. Granted, he's got plenty of room for improvement when it comes to reading the play, containing his pursuit and finishing tackles, but when Meriweather is on his game, he adds a constant spark to the defense.

Sanders was the Patriots' best complement to Meriweather in 2009. The always-reliable Sanders lost his starting job to McGowan but recouped it in Week 14 against Carolina. With Sanders in the lineup, the Patriots played much headier defense, as the Fresno State product was on point with his play recognition and coverage, better aligning the rest of the defense.

McGowan was another big hitter, and his on-field chemistry with Meriweather was extremely noticeable. McGowan had a tremendous preseason, and he was making plays early in the regular season to warrant the starting job. McGowan was too reckless in the secondary, however, and he found himself also missing plays, which led to Sanders' return. Though McGowan was benched, the coaching staff learned that he is a rock against big-play tight ends such as Tony Gonzalez and Kellen Winslow.

Chung was mostly used in the slot during his rookie year. He didn?t receive as much playing time at the back of the defense, but rotated as a nickel back in coverage against wide receivers. Chung was at his best when he made 19 total tackles (15 solo), two sacks and one interception during a four-game stretch in the middle of the season. A lot of those plays came when Chung played as a traditional safety, when McGowan was being used closer to the line in big-nickel packages. Chung is active — kind of like a miniature Meriweather — and is extremely smart. Still developing, the Oregon grad should have a bright future.

Each of the four safeties understands there will be a traditional starting pair in the New England secondary, but they are also fully aware that all four players will serve a key role. Heading into 2010, the best starting combination is Meriweather and Sanders. They balance each other out, with Meriweather roaming around and making plays and Sanders providing the heady work to keep the defense in check.

Chung will earn his playing time, as well, but he might split up his work as the nickel back with cornerbacks Jonathan Wilhite and Devin McCourty. Look for Belichick to find other ways to get Chung involved with the defense, perhaps by rotating him more often with Meriweather and Sanders.

McGowan has proven to be a reliable backup, but he was exposed as a full-timer midway through 2009. He's very valuable in coverage against tight ends, and his ability to play physical and run with them created headaches for opposing offenses. Allow McGowan to continue dominating that role, and the Patriots will have the perfect game plan in place for the proper utilization of their four safeties.

Wednesday, June 30: How much 4-3 will the Patriots play next season?
Friday, July 2: Can Darius Butler emerge as a talented starter? 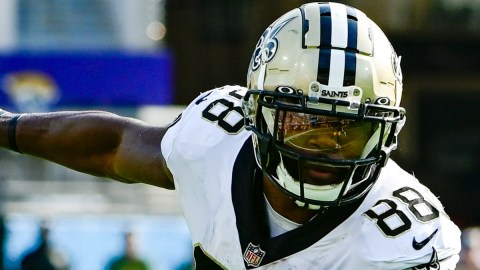