It didn't take long after Terry Francona cut ties with the Red Sox for speculation to begin as to who would be the team's next manager.

Few were willing to definitively state who the candidates might be, but a common belief was that a "Bobby Valentine type," i.e. a strong-willed personality, would not be right for the job.

Valentine, who has spent the last two years as a baseball analyst for ESPN, brings a wealth of managing experience on two continents.

Playing experience: Chosen by the Dodgers with the fifth overall pick in the 1968 draft. Made MLB debut in 1969, appearing in five games and scoring three runs while receiving no at-bats. Played in parts of 10 seasons with the Dodgers, Padres, Angels, Mets and Mariners. Was part of the "Saturday Night Massacre" when the Mets traded away Dave Kingman, Tom Seaver and Mike Phillips on the same day in 1977.

Other coaching experience: Was third base coach for the Mets when he took over the Rangers' managing duties 32 games into the 1985 season. After he was fired during the 1992 season, Valentine managed a season with the Chiba Lotte Marines in Japan in 1995. Led the traditionally cellar-dwelling Marines to a second-place finish, but was fired by general manager Tatsuro Hirooka. Managed the Triple-A Norfolk Tides in 1996 before taking over as manager of the Mets late in the season. Returned to Japan in 2004, leading the Marines to their first Pacific League pennant and Japan Series title since 1974. Was fired by Chiba Lotte in 2009. 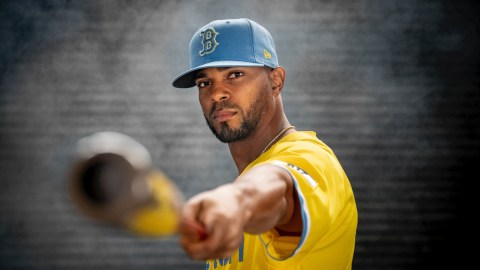