For years, Joe Paterno could do no wrong in the eyes of college football fans everywhere. The veteran head coach was a model for how you should run a college football program if you wanted to do it the right way.

Much of that has come crashing down in recent days, however, amid the Jerry Sandusky sex abuse scandal that has rocked Penn State at its foundation. Paterno’s role in the scandal and how much blame he should get is still up in the air, but it’s no secret that his reputation has taken a hit in the last week.

However, there are plenty of those in Happy Valley who still revere JoePa as a living legend for all of the accomplishments he’s been able to achieve and the accompanying notoriety he’s brought the school for years. Those fans — many of them students — came out in droves on Tuesday night to show their support for Paterno.

Fans surrounded the head coach’s house, singing the school’s fight song and shouting words of encouragement. At one point, the coach addressed the students through his window before coming outside to meet with the fans.

It was just the latest development in what’s become an incredibly bizarre saga. 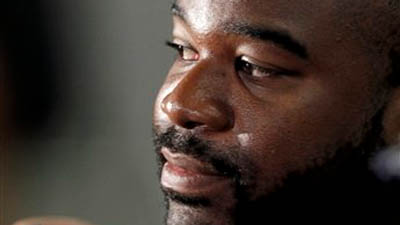 Warren Sapp Slams Albert Haynesworth, Calls Him a ‘Turd’ Who Was Only Motivated by Money