Justin Verlander nearly notched his third career no-hitter on Friday, and Jonathan Papelbon shut the door on a victory against his former team. But those two performances were hardly the only intriguing outings on the evening.

Andy Pettitte, Kerry Wood and Kevin Millwood each had memorable games as well — all for a variety of different reasons.

Verlander carried a no-hitter into the ninth inning against the Pirates. He retired the first batter he faced in the final frame, but the right-hander then allowed a base hit to Josh Harrison, ending his bid for a third no-no at 8 1/3 innings.

It was impressive to see the Tigers hurler make another no-hit bid, though. He's been the best pitcher in baseball for some time now, and there's no reason to believe he won't carry a no-hitter deep into a game again in the near future.

Papelbon, meanwhile, pitched just one inning, but it doesn't makes his outing any less special. The Phillies closer took the mound against the Red Sox and shut the door on the ninth inning, securing his first save against his former team.

The former Boston closer admitted before the game that he wanted to pitch well against the Sox to obtain bragging rights, and he did just that on Friday.

Andy Pettitte showed that he still has some left in the tank, turning back the clock to shut out the Reds for eight innings. He allowed just four hits — all singles — in the contest while striking out nine. It was his first win since coming out of retirement to rejoin the Yankees, and his presence could go a long way toward solidifying New York's rotation.

While Pettitte has come out of retirement, Cubs pitcher Kerry Wood heads into retirement. Wood made his final appearance on Friday at Wrigley Field, striking out the only batter he face on three pitches before exiting the field to a loud standing ovation. It was an emotional scene in Chicago, and one you can bet Wood will never forget.

Then, there's Millwood, another aging veteran showing that he's still capable of getting hitters out. The 37-year-old — who pitched in the Red Sox organization at one point last season — tossed a complete game, two-hit shutout, during which he fanned seven batters.

The win was especially special for Millwood because it came against the Rockies — the team he made nine starts for down the stretch last season.

So whose performance on Friday was the most memorable?

Which pitcher had the most memorable performance on Friday? 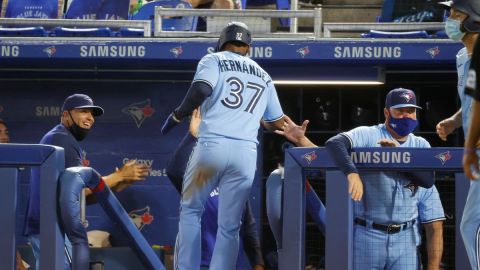