BOSTON — After dazzling last September, Ryan Lavarnway is receiving a second sniff at the majors.

The Red Sox called up Lavarnway on Wednesday after Daniel Nava became the latest one to catch the injury bug, suffering a sprain in his left wrist. Nava was placed on the DL retroactive to July 29.

“We’re going to deal with Daniel Nava, who has been playing with a little banged up wrist,” Red Sox manager Bobby Valentine said. “Actually both of his wrists have been bothering him. A little. We’re just going to make sure he gets fully healed and put him on the disabled list.”

With catcher Kelly Shoppach battling a minor shin injury and shortstop Mike Aviles still sidelined with turf toe, general manager Ben Cherington opted to call up Lavarnway to add right-handed insurance to the lineup as well as a backup catcher.

Lavarnway’s skills behind the plate could enable Valentine to use Jarrod Saltalamacchia as a designated hitter while David Ortiz continues to rehab from an Achilles injury.

After spending the entire season in Pawtucket, Lavarnway is feeling confident with his defensive development and play-calling ability.

“This has been my first opportunity to catch on an everyday basis,” Lavarnway said. “I’ve got to tell you — it’s a lot different than DHing half the time. It’s more of a physical grind. I think I’ve already caught 20 more games than I’ve ever caught in a year. But I’ve got a great postgame routine. I’m staying in shape a lot better this year, working on my flexibility and my body feels great.”

During his 17-game stint last season, Lavarnway delivered two home runs and eight RBIs. He’ll look to maintain his momentum from Pawtucket, where he blasted eight homers and drove in 43 RBIs this year.. 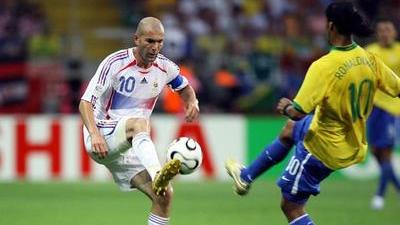 Zinedine Zidane to Begin Coaching Career, But Triumphant Homecoming May be Down the Road 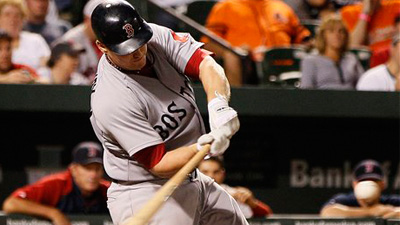