Former Saints and Falcons quarterback Bobby Hebert is what you may call a homer.

Now a talk show host for WWL-AM radio in Louisiana, Hebert broadcasts from outside Tiger Stadium on Saturdays when LSU plays at home then heads to the press box to take in the game. Whether Hebert is fair or unbiased while talking up the Tigers, for whom his son played as an offensive lineman from 2008 to 2011, is one question. But who Hebert becomes once he enters the press box — where journalism ethics and sports decorum forbid cheering or favor for any team — was answered emphatically Saturday evening as the Tigers took on Alabama.

Hebert, who raised some eyebrows last year when he used a postgame press conference to call out LSU coach Les Miles for his play-calling, took his Tigers rooting a bit too far this time. Hebert was reportedly cheering throughout the game — not new for him, but certainly over the line for the other 900 or so sportswriters or journalists who had been given media credentials for the game, according to the New Orleans Times-Picayune.

Finally, the LSU media folks decided Hebert couldn’t be allowed to cause such a distraction — or show such partisanship — and sent police to escort Hebert from his cheering chamber.

“He was disturbing other media members who were trying to do their jobs, and he was warned twice,” LSU associate sports information director Bill Martin said, according to the Times-Picayune. “We had complaints from several people in the press box.”

It may have been the best call by LSU all night. The Tigers ended up losing on a late score, 21-17, in an outcome somewhat overshadowed by Miles’ choice to go for a fake rather than a field goal. Oh, so THAT’s what he meant.

Sometimes, Rondo does this. 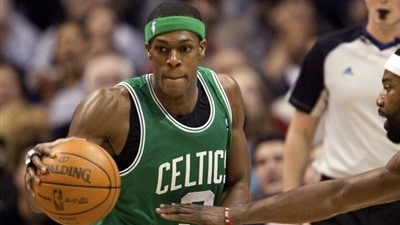