Grady Sizemore, a player once regarded as an up-and-coming, five-tool superstar, is reportedly eyeing a return to the diamond in 2013, and the Red Sox are apparently doing their homework.

The Red Sox have “checked in” on Sizemore, according to the Boston Herald’s Michael Silverman.

Now, teams tend to do a lot of “checking in” this time of year, but it’s an interesting bit of news, nonetheless. Sizemore missed all of the 2012 season and hasn’t played in over 100 games since 2009, but he enjoyed plenty of success in Cleveland for a four-year stretch before injuries really began to take their toll.

Sizemore earned three straight All-Star selections from 2006-08, and he finished in the top 12 for American League MVP voting each year during that span. The outfielder also collected two Gold Gloves, adding to the notion that he was once a solid all-around player when healthy.

Unfortunately for Sizemore, injuries have consistently plagued him. The 30-year-old has had issues with his elbow, knee and back, and therefore, he inherently poses a risk — albeit minimal — for whichever team decides to take a flier on him this season.

Sizemore — once a 30-home run, 30-stolen bases guy — has a long way to go before convincing teams he’s healthy enough to contribute, but clearly he hasn’t fallen off the map completely. 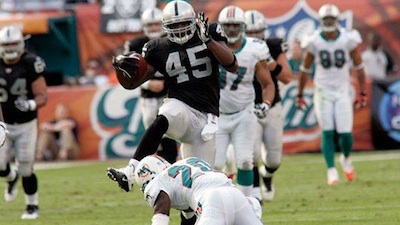