Patriots Would Have Lessened Blow of Losing Whalers, But Instead Symbolize Difficult Period in Hartford History - NESN.com Skip to content Maybe Prince should have specified who exactly should party like it’s 1999.

While the platinum recording artist — who released his hit song “1999” in 1982 — had no idea what exactly would transpire 17 years later, during the 365 days of Y2K bedlam, 1999 still marks a time period that evokes plenty of emotions in New Englanders. And those emotions fall all over the spectrum, ranging from pure elation to unforgivable displeasure.

That was the year in which Patriots owner Robert Kraft reached an agreement with then-Connecticut governor John Rowland on a deal that would have moved the Pats to Hartford. However, Kraft backed out of the deal at the last minute after it became clear that the $380 million proposed stadium would not be built on the Hartford waterfront by 2002. The Patriots instead opted to stay in Foxboro after Massachusetts legislators finally offered Kraft a $70 million subsidy to build a new stadium next to the old Foxboro Stadium.

It was a time of shock, happiness, relief, anger, disappointment; the list goes on. It all pretty much depended upon where exactly in New England you were carrying out a conversation. Many Hartford natives felt betrayed, as Kraft seemingly pulled out of a very enticing deal at the last minute to take a deal that would require him to heavily finance his own stadium. Many in Massachusetts, meanwhile, felt as though they had dodged a bullet by not losing the NFL franchise that had called the state home since it was established in 1959.

“It’s now official. I am a New York Jets fan, now and probably forever,” Gov. Rowland famously said at a news conference in Hartford after Kraft’s Patriots pulled out of the deal.

It’s a declaration that Rowland probably wasn’t alone in, either — although he later stated he was never really angry.

Rowland’s plan to bring the Patriots to Hartford was about more than just football, though. It was about boosting the city’s struggling economy by way of a $1 billion waterfront revitalization project that just so happened to have the Patriots as its centerpiece.

Kraft’s initial agreement to move the Patriots to Hartford couldn’t have come at a better time, either. The city’s previous professional franchise, the NHL’s Hartford Whalers, had just bolted for Carolina following the 1996-97 season, leaving many local sports fans disgruntled. The Pats not only would have lessened the blow of losing the Whalers, and likely contributed toward stabilizing the economy. They may have even made the market more desirable for other professional sports franchises going forward.

Instead, we’re left not only wondering if Hartford will ever see a professional sports franchise again, but also whether Rowland may have jumped the gun in looking ahead toward a potential Patriots deal. Sure, the Whalers struggled to garner the necessary support throughout their final years in Connecticut, which led to speculation that they would soon leave, but there was a point at which Whalers owner Peter Karmanos and the team’s fans seemed to be optimistic that something could get done that would allow the franchise to stay put.

As an article published by the Hartford Courant in December of 1998 points out, Kraft had told Gov. Rowland in a Boston restaurant in March of 1997 that the Whalers “would be crazy” not to accept Connecticut’s offer to stay. It might’ve been easy to chalk up Kraft’s apparent support as a throwaway comment at the time, but as the article suggests, it may have also planted the seed for the proposal to build a spendy stadium for the Patriots.

Now, whether or not that’s the case, one can’t help but wonder whether Rowland’s obsession with the Patriots lessened his desire to secure the Whalers. Karmanos, who still owns the now-Hurricanes franchise, certainly had questions, and he reportedly scrutinized Rowland for liking football more than hockey.

As we look back more than a decade later, it’s tough to figure out who to believe. Did Kraft and the Patriots ever really have intentions of moving to Hartford? Did Karmanos and the Whalers ever consider staying beyond 1997? If the answer to the latter question is, “yes,” then perhaps Rowland’s aggressive pursuit of the Patriots was the straw that broke the camel’s back for the Hartford Whalers.

Either way, it’s clear Hartford never gained the sports landscape it was hoping for in the late-90s. And while three Super Bowl rings for the team from New England might still hold some weight in those parts, a party is always better when it’s hosted in your own backyard. 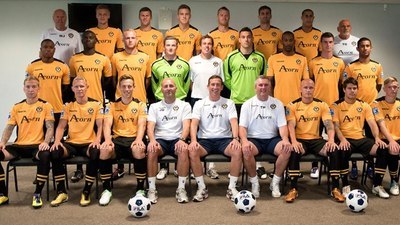 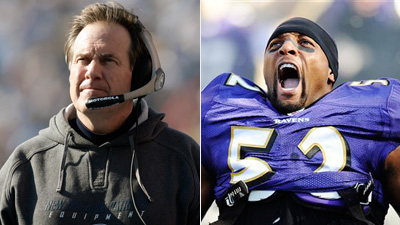