While he had a legendary list of accomplishments on the hardwood, Jordan was just as impressive off the floor. It’s been 10 years since the current Bobcats owner last suited up for a professional game. However, he still remains a consistent part of pop culture — from his Air Jordan shoes to his appearances on video games covers as recent as two years ago.

He’s even made an appearance on the big screen, starring in 1996’s Space Jam. But Jordan’s acting career might be best remembered for his many memorable commercials. Over the years, Jordan has starred in commercials endorsing clothing, food, drinks and more.

Even today, commercials still feature His Airness. Check out some of the best. 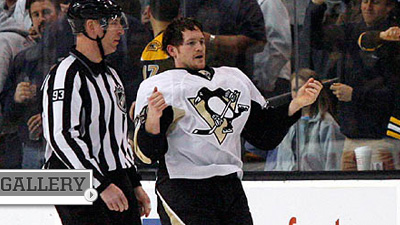