BOSTON — The Bruins’ top line, technically speaking, is the line of David Krejci centering Milan Lucic and Nathan Horton. While that is a very nice line — a darn good line even — it’s becoming clearer that it’s not the Bruins’ top line.

That distinction should go to the “second line,” consisting of Patrice Bergeron, Brad Marchand and Tyler Seguin. That troika was at it again Thursday night, as they combined to score three of the B’s four goals in a 4-2 win over the upstart Toronto Maple Leafs.

It’s nothing new for the Bergeron line this season, as they have hit the ground running, even without arguably the line’s most talented offensive player, Seguin, scoring at a pace he’s used to. Luckily for the Bruins, though, the 21-year-old is starting to come around as of late, and he proved that in a big way against Toronto on Thursday.

Seguin has a way of doing that against the Maple Leafs. After all, with his two-goal and one-assist effort against the Leafs, he now has 10-6-16 totals in just 14 career games against his hometown team, the team that could have drafted him had it not been for that whole Phil Kessel trade.

Seguin now has four goals and two assists in his four games, which is gravy for a line that is clicking on all cylinders. That line has now combined for 14 goals and 23 assists over the last nine games.

“It’s fun,” Marchand said. “We have a lot of fun out of there. We continue to build and find each other a little bit more each game. We work pretty hard on and off the ice to figure things out and it’s a lot of fun playing with those guys who are very skilled players and they’re very easy to play with.”

It’s not just the numbers, either. The line presents head coach Claude Julien with a diverse mix of players that is centered by one of the best two-way players in hockey. He can put them on the ice in any situation and know that the Bruins will be OK. Or, as they have this year, they’ll be in position to score goals, while also taking full defensive responsibility in their own end.

“We’ve got some good players there,” Julien understated. “When you’ve got a player like Bergeron doing such a great job down in your end, the puck gets out quicker. When you’ve got those guys on the side of you, there’s a pretty good attack going on. I think all three of them deserve a lot of credit.”

Seguin actually credits the increased focus on the defensive end of the ice for turning his game around, especially given the fact he had built up some questionable habits while playing in Europe during the lockout.

“I think the last couple weeks I?ve just been playing good in my D-zone and competing a lot more than I think I was in the start of the season,” Seguin said. “Over in Europe I think I was circling a bit more and didn?t really have to battle. I don?t even know if I got hit over there for the few months I was there but I had to find that game again with me, and I think it?s coming around now.”

It’s coming around for all three of them, and luckily for the Bruins it’s happening at the right time. Despite the Bruins’ impressive start — their best 21-game start since 1979-80 — there are still plenty of things that need to be shored up. The play of the Bergeron line is one of the things that really needs no work.

Call it the second line, or call it the first line, just make sure you call that the Bruins’ best line. 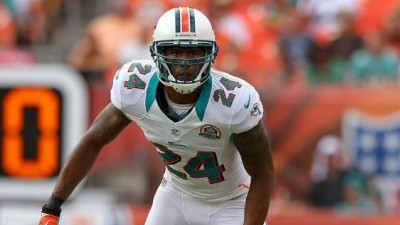