Back in 2000, fiction author Troon McAllister penned a book called The Green, a fanciful story in which an amateur golf hustler leads the United States Ryder Cup team by showing the foo-foo professionals his cutthroat ways. The book contains a bunch of thinly veiled analogs for real-life players, including then-stars like Davis Love III and Colin Montgomerie.

The story also has a character obviously based on Tiger Woods.

In the book’s epilogue, the fates of all the main characters, post-Ryder Cup, are revealed, and the Woods character’s is easily the most interesting — and actually kind of prophetic. Derek Anouilh, as the character is named, is given a chance to drive a stock car by a friend, and while out on the course has a nervous breakdown of sorts, finding that his true passion is driving a race car rather than a golf ball. However, the metaphor was easily attainable — the pressure got to Anouilh, just as it eventually caught up with Woods on Thanksgiving of 2009.

The problem is, like The Green, the narrative that Woods’ personal life affected his golf game over the past three years is nothing more than fiction. Rather, similar to the slump Woods went through around 2004 and 2005 when he switched swing coaches from Butch Harmon to Hank Haney, Woods was suffering through adjustments. The difference that people fail to realize, however, is that the swing plane changes Woods began in 2004 were absolutely nowhere as drastic as the complete overhaul he’s undertaken since changing coaches once again to Sean Foley in 2010.

For decades, the prototypical golf swing was the one illustrated by Ben Hogan in his book Five Lessons: The Modern Fundamentals of Golf. And while it’s true that the Hogan swing remains the default swing, so to speak, in 2007 instructors Mike Bennett and Andy Plummer published The Stack and Tilt Swing, which brought their radically different philosophy of the golf swing into the mainstream with the help of professionals like Charlie Wie using their method.

Coincidentally, Foley is one of the mainstream instructors known to embrace many of the aspects of the stack and tilt swing.

Now, Woods, for his part, has always denied that the swing he’s been chasing after is a stack and tilt. But while struggling to implement new changes, Woods has complained about an inability to work the golf ball left to right, an increased likelihood to pop the ball up and has clearly exhibited a swing path that comes substantially more from the inside — all trademark characteristics of the stack and tilt swing before it’s been mastered.

Is Woods playing a true stack and tilt? Probably not, as his posture remains much more upright than the swing typically demands, and — although much more of his weight stays on his front foot through the swing than before — Woods doesn’t dramatically load up on his left foot the way a true stack and tilt teaches. But the point is that — whether Woods wants to admit it or not — he has embraced many of the core principles of the upstart swing philosophy and, moreover, has been making changes to his swing that are far more drastic than either of his two prior major rebuilds beginning in 1997 and 2004, respectively.

So, looking at the timeframe for such a major swing rebuild, it makes total sense that Woods would only just now be feeling comfortable with what amounts to an entirely new way of playing golf. Although he began working with Foley in 2010, it’s likely that Woods didn’t begin implementing some of the most fundamental swing changes until that offseason, due to both the season itself and the fact that he was still suffering with his knee. So, Woods struggled learning the new swing throughout 2011, finally started to come around in mid to late 2012, and is just now feeling comfortable again and hitting his stride.

This is why Woods is once again dominant; not because he has exorcised any personal demons.

On a really basic level, sports fans are little different than the kind of people who consume tabloids — ultimately, both groups gravitate towards the most compelling narrative, true or not. And, to be sure, the idea that Woods, a man once so high and mighty, was brought back down to Earth only to rise again is a great narrative — but it has no basis in truth.

Woods’ three-year slump, as has just been demonstrated, can easily be explained by palpable, observable phenomenon. However, as McAllister’s book forebodes, it’s almost as if the public wanted Woods to fall hard — it makes for a better story. But the plain fact is there’s no evidence to support that assumption aside from the armchair pop psychology from a sports-consuming public which isn’t qualified to make such judgements.

Make no mistake, Woods’ return to form is almost certainly mechanical, and, like The Green, the redemption narrative surrounding Woods is nothing more than speculative fiction from sports fans whose habits are closer to People Magazine readers than they’d like to admit.

Peter Chiarelli Not Reacting to Penguins’ Moves, But Says Bruins Plan on Improving 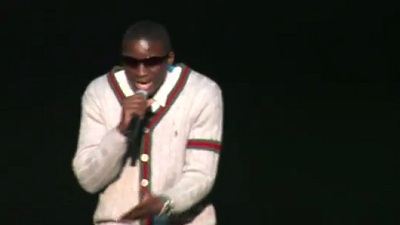