Devin McCourty was something of a superhero in the Patriots’ secondary last season, as he switched back and forth between cornerback and safety on a near weekly basis. But this offseason, the Patriots brought another superhero into the fold.

Adrian Wilson is a 12-year veteran in the NFL and an imposing presence out on the football field. His 6-foot-3, 230-pound frame is big, even for a safety, and he dishes out bone-crushing hits that leave a lasting impression.

?He?s a big, strong guy, and I think physically [he] will be a strong player for us,? McCourty said on Tuesday, according to ESPN.com.

Wilson has been showing off that unbelievable strength during the Patriots’ offseason voluntary workout program. He has even wowed his new teammates, yielding him the nickname “Incredible Hulk” from fellow defensive back Marquice Cole. But his pure power isn’t the only thing McCourty, Cole and the rest of the secondary are learning from Wilson.

“Then his knowledge of the game, and how much success he?s had in this league, to be able to pass that down to not just the young guys, but even a guy like myself going into my fourth year, I can still learn so much from him,” McCourty said. “Having him in the secondary, and on the defense to teach different guys and tell them things he went through, will be key for us.?

The Patriots are excited to have a teammate with such “superhuman” strength, but his leadership will be just as important to helping the secondary grow and improving the NFL’s 29th-ranked pass defense. 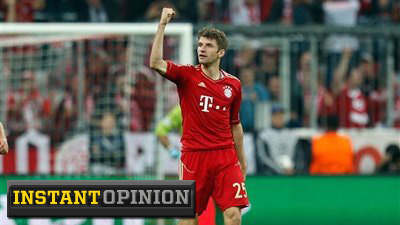 Lance Armstrong Being Sued by U.S. Postal Service Over Sponsorship of Cycling Team