When the Red Sox stepped onto the diamond at Cleveland’s Progressive Field on Tuesday, they did so with the collective weight of New England on their shoulders. Never has a mid-April game played in a near-empty stadium between two non-division opponents taken on such importance.

In the wake of the Boston Marathon bombings that shook the city to its core Monday afternoon, many Bostonians turned to sports to shine a light amid one of the darkest times in the city’s history.

Both the Bruins and Celtics chose not to play their games originally scheduled for Monday and Tuesday, respectively, in Boston, meaning that the Red Sox’ matchup with Terry Francona‘s Indians would be the first contest played by a Boston team in the wake of the tragic events of the day before.

While it lacked the pageantry, drama and nationwide emotion of the New York Mets’ unforgettable win over the Braves 10 days after the events of 9/11, Tuesday’s game in Cleveland gave the people of Boston something they desperately needed — something to cheer about.

Not a single player on the Red Sox’ active roster hails from New England (though reliever Craig Breslow, a New Haven, Conn., native, is currently on the disabled list), but the players have been highly vocal in their support of their adopted city. Social media has been blanketed with proclamations of #BostonStrong by Will Middlebrooks, Shane Victorino and numerous others. And then, they took care of business on the field.

Everyone knows that Boston fans love a winner, and the Red Sox played that role Tuesday, riding a seven-run second inning to a 7-2 rout of the Tribe. After the game, the Boston boys continued to offer their support to those watching back home.

“They’re out of sight, but definitely not out of mind,” designated hitter Jonny Gomes said. “We’re going to do what we can to keep a breath of fresh air rolling back to Boston.”

Sports cannot heal physical wounds. They cannot erase the fact that Monday’s tragedy took place. And they certainly cannot bring back the three individuals who lost their lives as a result.

But they can provide an escape from the endless loop of destruction dominating most telecasts and, perhaps more importantly, give a chance for a city with such intense hometown pride to join together for a common goal.

The Red Sox did that Tuesday night. 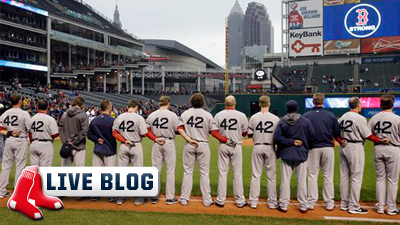 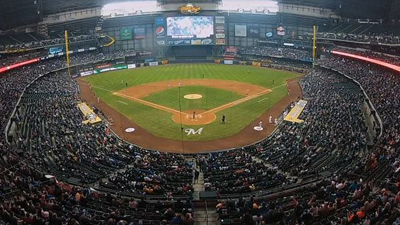