Tommy Kelly Could Have Major Impact Alongside Vince Wilfork on Patriots' Defense - NESN.com Skip to content The Patriots seem to bring in at least one veteran on the defensive line each offseason.

Gerard Warren, Mike Wright and Derrick Burgess are three former Patriots that immediately come to mind who would fit that bill. Now too does former Raiders defensive tackle Tommy Kelly.

Kelly, 32, agreed to a two-year deal with the Patriots on Monday, just  two weeks after Oakland released him. Before being cut, Kelly had played his entire nine-year career with the Raiders, racking up 420 tackles, 34.5 sacks and 26 tackles for loss during that time.

Kelly was a productive interior lineman during his first six seasons, but it wasn’t until he played alongside former Patriot Richard Seymour that his true potential began to shine through.

In each of his first two seasons playing next to Seymour, Kelly recorded a combined 14.5 sacks, which unsurprisingly were the two highest sack totals (seven in 2010 and 7.5 in 2011) of his career. Those numbers plummeted back to reality in 2012, though, as Seymour struggled to stay healthy and missed eight games. His absence resulted in Kelly failing to consistently pressure the quarterback, ending up with just 1.5 sacks on the season.

Kelly won’t have Seymour by his side in New England, but playing alongside Vince Wilfork up the middle should have a similar impact. Wilfork is still one of the most dominant interior linemen in football and he demands multiple blockers on nearly every snap, offering Kelly more opportunities to cause havoc in the backfield.

At his elder age, there’s no guaranteeing that Kelly will play the majority of the snaps or even usurp the starting role from Kyle Love. But adding him to a rotation with Love, Brandon Deaderick and — if he can stay healthy — Myron Pryor would give the Patriots some depth and much-needed help in the pass rush.

Kelly isn’t going to be a complete game changer for the Patriots, but he has the potential to be an impact player and will at the very least provide a veteran presence along the defensive line.

Sidney Crosby Still Drinking Meals Through Straw, Struggling to Keep On Weight While Recovering From Puck to Face 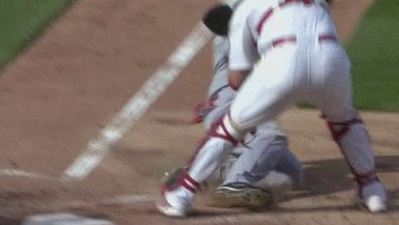