The Honey Badger doesn’t usually care about much, and his college football career apparently fell into that category. His NFL future, though, appears to be a very different story.

Tyrann Mathieu was one of the most intriguing and coveted NFL prospects in some time before being dismissed from the LSU football team last fall. His lack of ideal size and speed raised questions, but his tenacity, determination and toughness saw him develop into a Heisman Trophy finalist and one of the best playmakers in college football. But just as quickly as his stock soared through the ceiling, it also plummeted back to earth.

Substance abuse problems and unresolved character concerns were behind Les Miles‘ decision to banish him from the Tigers’ roster, but now Mathieu seems intent on making amends. He began that process by ditching the “Honey Badger” moniker and has only furthered his cause with the help of former NBA player and drug rehab specialist John Lucas.

The corrective steps he’s taken paired with his impressive showing at the NFL combine have helped restore some of his draft stock and has NFL teams interested once again. The Patriots lead that list, having expressed serious interest at the combine and then bringing Mathieu in for a visit just last week.

The Patriots have made moves to resolve their issues this offseason, but they still have needs in the secondary and on special teams. Mathieu would help to further solve those issues and restore some semblance of trust to one of the most inconsistent pass defenses.

Mathieu is an enigma and would be a huge risk for any team looking to scoop him up in the first few rounds. Fortunately for the Patriots, the steady state of their roster offers them the luxury of taking such risks. The only real remaining question would be if having Mathieu, Aqib Talib and Alfonzo Dennard — three cornerbacks with character questions — in the same locker room would ultimately be a detriment.

The culture in New England is so strong that any potential behavior issues shouldn’t have a serious impact, but it has to be at least on Bill Belichick‘s mind as he ponders drafting such a player with such uncertainty.

Editor’s Note: NESN.com will evaluate and analyze one potential Patriots draft prospect every day from March 27 up until the start of the NFL Draft on April 25. Mathieu is the 13th player in that series.

Mathieu finished fourth on the Tigers with 57 tackles, 4.5 sacks and two interceptions during his freshman season in 2010 despite starting just one of the team’s 13 games. His sophomore season was even better, though, as he consistently shut down receivers, forced seven turnovers and returned two punts for touchdowns on the way to the BCS Championship Game. The stellar sophomore season earned him honors as a First-Team All American, the 2011 Bednarik Award winner and as a Heisman Trophy finalist.

He earned the nickname “Honey Badger” for a reason, and it’s that unrelenting tenacity that will see him have an immediate impact at the NFL level. Mathieu will become an immediate threat on special teams and would be a more than capable of defending out of the slot. Belichick would love his versatility on special teams and could use him as a third or fourth cornerback or even a depth safety at times on defense.

Given his off-field issues, Mathieu would be a major reach in the first round. He is undersized and lacks the elite speed and vertical jump that is sought from most cover corners. He’s likely a second- or third-round pick in this year’s draft, meaning he very well could be available for the Patriots with their second selection at No. 59.

Strengths: Mathieu is very physical at the line of scrimmage, irritating receivers and knocking them off their routes. He’s great at diagnosing the play as it develops and attacks the backfield quickly on runs. He is very fluid in his breaks and can stick with almost any receiver for the entirety of the route. He’s also a very strong tackler and sets the edge well against the run.

Weaknesses: He lacks the size or leaping ability to compete with bigger receivers on jump balls. His lack of strength also allows blockers to shed him easily and tough runners to slip away from his tackles.

Scout Mathieu for yourself below.

Next Up: Barrett Jones, C, Alabama 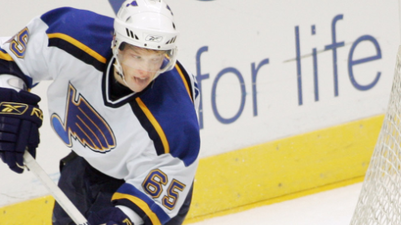 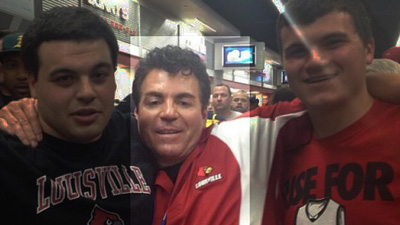