It took a while, but the Patriots have finally found a pair of defensive tackles that should be able to put some pressure on the opposing quarterback.

The void in the middle of the Patriots’ defense hasn’t been there for a lack of effort. If anything, the three-technique defensive tackle position has almost been cursed since New England switched over to a 4-3 base defense.

The first player brought in to try to generate some pressure was the Titus Young of his day, Albert Haynesworth. Needless to say, the experiment of adding a malcontent to Bill Belichick‘s strict Patriot Way went as well as Crystal Pepsi, New Coke or any other cliche failed soda. (Can we use Dr. Pepper Ten yet? Or is it too soon? Why not just drink Diet Dr. Pepper? Who needs just 10 calories?) We’d say Haynesworth to New England went horribly awry, but really it went exactly as everyone expected.

The next player brought in to rush the quarterback from defensive tackle was Jonathan Fanene, who has an incredibly fun last name to say, but lasted just five months with the team without taking an actual snap. Fanene was released before the 2012 season with a “failure to disclose physical condition.” That meant another year of playing Kyle Love (whose skills mimic Vince Wilfork‘s) and Brandon Deaderick (a better run defender than pass rusher) next to Wilfork for the second straight season. The Patriots were forced to put defensive ends Jermaine Cunningham and Justin Francis in at defensive tackle on third down to try to generate some more interior pressure.

The experiment worked great for Cunningham in the preseason, but his lack of strength proved too costly compared to the speed and agility he brought to the position. He wasn’t able to register much of a pass rush as the regular season progressed.

New England went into the 2012 season with Love and Wilfork as the starting defensive tackles. That meant the Patriots were stout against the run, but neither are a traditional “under” defensive tackle. Wilfork is one of the best defensive players in the game, but at 325 pounds, his strength is as a two-gapper rather than weaving through offensive linemen to sack the quarterback — despite his cat-like instincts for his size (no seriously, I’m not trying to diminish Wilfork’s game, he’s just a better nose tackle than three-technique).

When the Patriots started using Deaderick, rather than Love, as the starter next to Wilfork, Big Vince’s game improved, as did the defense as a whole. Still, though, Deaderick is a nice player, but he’s better used on first and second down against the run.

The Patriots doubled up on the interior pass rusher this offseason by bringing in former Raider Tommy Kelly and CFL and USC standout Armond Armstead. Neither player is Haynesworth, but they aren’t without their flaws.

Kelly has been known to show a lack of motor at times, but that could also be due to overuse in Oakland. Armstead had heart problems at USC, which forced him to sit out his senior season and go undrafted in 2012. He stood out in the CFL, though, and said his health problems are behind him.

Either Kelly or Armstead should be able to play on first, second and third down as they have strengths against the run and pass. Kelly showed the aptitude to get after the passer in his eight years in Oakland, and Armstead was given a second- or third-round grade as a junior at USC for his interior rush skills.

Neither player, nor the inclusion of Jamie Collins, Michael Buchanan or John Abraham — if he ever signs — will improve the Patriots’ pass rush on its own. But Kelly and Armstead are a step in the right direction for a team that has seemed to be more interested in stopping the run than defending the pass in recent years (see: Deaderick starting at defensive end in 2011 and three 250-plus-pound linebackers).

Kelly certainly won’t turn into Geno Atkins just by playing next to Wilfork, and anyone who thinks Armstead has that upside is more optimistic than Rex Ryan in an August news conference. But it may mean than playing the best 11 players on the field doesn’t include 255-pound defensive tackles this season. 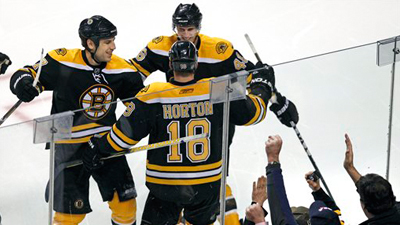