Manu Ginobili's Downfall Tough to Watch, as Hall of Famer Is Hurting Spurs Despite Limited Action - NESN.com Skip to content Lost in the hubbub over the way Tony Parker won Game 1 of the NBA Finals for the Spurs was how Manu Ginobili almost lost it.

Before Parker’s logic-defying, shot clock-beating bank shot with five seconds left, San Antonio clung to a five-point lead with less than two minutes left in the fourth quarter. Parker prodded the Heat’s defense for a few seconds, then swung the ball to Ginobili on the right wing. With 10 seconds on the shot clock — plenty of time to generate something resembling a quality look — Ginobili launched an ill-advised 26-footer that missed horribly. Three free throws later, courtesy of Ray Allen, and it was a two-point game, setting up Parker’s dramatic finish after Tim Duncan and Dwyane Wade exchanged a pair of foul shots themselves.

Thanks to Parker’s heroics, the possibility that Ginobili’s shot could have proved fatal for the Spurs was largely forgotten. And most of the discussion of the Heat’s 103-84 win on Sunday to even the best-of-seven series focused on the contributions of LeBron James‘ supporting cast. After two games in these finals, though, it can no longer be overlooked or talked around: Ginobili is hurting the Spurs, even in the limited time he is on the court.

Ginobili has long been a sink-or-swim player, alternately aggravating and amazing Spurs coach Gregg Popovich. A few years ago, fueled by little more than his unbridled competitive fire, Ginobili was one of the most effective clutch players in the NBA. He was the Spurs’ best player at times in their 2005 championship run, and the team needed every bit of his will to outlast the Pistons in seven games in those finals.

Since then, Ginobili’s skills have fallen off precipitously. This was extremely predictable for anyone who watched him play at 25, when he charged into the lane with abandon and toppled to the hardwood at the slightest contact — or lack thereof. Like Allen Iverson, who battered his body into premature retirement, Ginobili was destined for an early end.

The trouble is, at age 35, Ginobili is not retired. He is still playing, albeit far fewer minutes, as Popovich closely monitors his playing time. Everyone recognizes Ginobili is no longer the player he was six or eight years ago, and the best teammates can say after his worst performances nowadays is that even if Ginobili cannot win a game on his own as he once could, at least he does not hurt the team. Nobody could say that after Games 1 or 2. Ginobili was not merely ineffective in those games. He actively damaged his team’s ability to win, and the fact that he was bailed out in Game 1 and that he was just one weak link for San Antonio in a dominating Miami performance in Game 2 does little to hide this fact.

On the heels of his late-game snafu in Game 1, Ginobili scored five points on 2-for-6 shooting with three turnovers and one assist in slightly less than 18 minutes in Game 2. Five of the six members of both team’s so-called “Big Threes” had forgettable nights, with even James’ 17-point, eight-rebound, seven-assist, three-block, three-steal performance arguably amounting to an underwhelming performance as well, if only because of James’ lofty standards. Mario Chalmers, Ray Allen and Mike Miller helped win the game for the Heat. Ginobili — along with Duncan and Parker, who combined to shoot 8 for 27 from the field — helped lose the game for the Spurs. The difference is that such a performance was a blip for Duncan and Parker. For Ginobili, it has become the norm.

“The Big Three, on both sides, you can rely on them at all times,” James told reporters after Game 2.

That once was true for the Spurs. No so long ago, they could rely on Ginobili in the big situations, trusting that his moments of brilliance would more than offset his moments of recklessness. The balance no longer appears to be there, however. For the Spurs to win this series, Ginobili must either find a way to change his fortunes in the playing time he is given, or Popovich will have no choice but to limit his one-time star’s minutes even more. 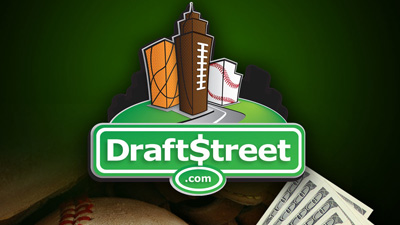